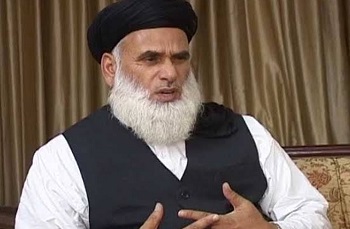 MANSEHRA: The Jamiat Ulema-i-Islam-Fazl (JUI-F) leader Mufti Kifayatullah, who was arrested late Tuesday night on the charges of instigating the people against the state, was sent to jail on 14-day judicial remand.

The judicial magistrate, Kamala Fareed, turned down the police application for seeking three-day physical remand of the JUI-F leader. Instead, the court sent him on 14-day judicial remand.

A joint team of Baffa and Khaki police stations had arrested Mufti Kifayatullah, who is a former MPA, when he was on his way home in Tarangri area after leading the funeral prayers of party leader Maulana Shah Abdul Aziz, who had died from complications caused by the Covid-19 early in the day.

“We have arrested Mufti Kifayatullah as he had challenged the writ of the state and delivered anti-state and sectarian hate speech during the lockdown,” District Police Officer Sadiq Baloch told reporters in Mansehra.

Meanwhile, in a video that has gone viral, Mufti Kifayatullah is seen delivering a speech in which he is exhorting the people to offer prayers in the mosques and criticising the government for restricting such gatherings.

Speaking to his supporters on the court premises, Mufti Kifayatullah said that he has been booked on trumped-up charges.