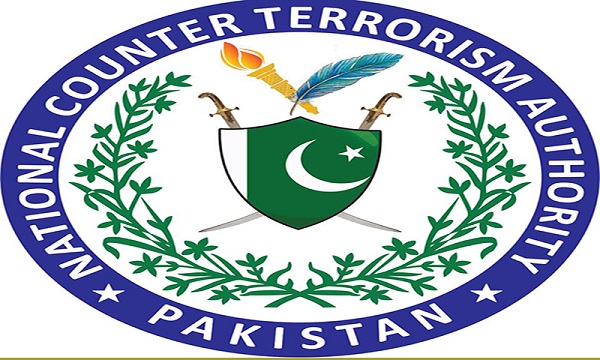 ISLAMABAD: The new coalition government on Friday informed the National Assembly that it had decided to revive the dormant National Counter Terrorism Authority (Nacta) and review the National Action Plan (NAP) that had been launched by the previous PML-N government after the terrorist attack on Army Public School in Peshawar in 2014.

The announcement came from Minister for Information Marriyum Aurangzeb while responding to the speech delivered by Dr Fehmida Mirza of the Grand Democratic Alliance (GDA) on a point of order as the house saw another minister blasting the judiciary for banning the transfers and postings of the officers investigating high-profile corruption cases through a suo motu notice.

In another development later in the evening, Speaker Raja Pervez Ashraf nominated PTI dissident from Faisalabad Raja Riaz Ahmed as the new opposition leader — a position that has acquired great significance after the passage of the 18th Constitution Amendment which has made it mandatory for the premier to consult the opposition leader on key nominations, including that of the caretaker prime minister.

Announcing the decision, the speaker disclosed that 16 members had nominated Raja Riaz, whereas only six members had supported Ghous Bux Mahar of the GDA for the office of the opposition leader.

Raja Riaz, who belongs to the Jahangir Tareen group, will be leading a small opposition group comprising around two dozen members left in the house after submission of resignations by 123 MNAs of the PTI at the time of the election of Shehbaz Sharif as the prime minister last month.

The speaker has not yet approved the resignations and intends to invite the PTI members individually or in groups for verification of their resignations as the government claims that a number of PTI members have been in contact with it and want to return to the assembly.

Speaking on a point of order, GDA’s Fehmida Mirza regretted that terrorism was increasing all over the country, particularly in Sindh. She said Indian intelligence agency RAW was being blamed for the terror incidents in Sindh. She asked the government to brief the house about its strategy regarding the forthcoming meeting of the Regional Anti-Terrorist Structure of the Shanghai Cooperation Organisation, which was presently being headed by India.

Marriyum Aurangzeb admitted that terrorism was resurfacing in the country, but held the previous PTI government responsible for it.

“In the last four years, not a single meeting of Nacta, which is chaired by the prime minister, was held,” the information minister said, adding that it was after the APS attack that the then PML-N government under Nawaz Sharif had prepared NAP to counter terrorism which was also unanimously passed by parliament.

“But for four years, the plan was completely ignored because of the ego of one person,” she said in an apparent reference to former prime minister Imran Khan.

When there were no talks between the Centre and the provinces, the minister said, it always left negative impact on national issues whether these were of water, terrorism or polio. “We are now, once again, reviewing NAP. The interior ministry has completed the infrastructure of Nacta and a meeting will be called next week.”

Commenting on the issue of water distribution among the provinces, she said the prime minister had already convened an emergency meeting of the Council of Common Interests next week.

PTI dissident Noor Alam Khan drew the attention of the house to the ongoing campaign on social and main media to malign state institutions, including the army and judiciary.

Taking the floor on a point of order, Javed Latif, a minister belonging to the PML-N, criticised the Supreme Court’s decision to ban transfers and postings of the officers of National Accountability Bureau (NAB) and Federal Investigation Agency (FIA) probing the high-profile corruption cases, regretting that the court had taken the suo motu notice while doubting the intention of the four-week-old government.

Mr Latif linked the reports about interviews in Rawalpindi for the caretaker set-up with the speeches of former PM Imran Khan in various public meetings and termed it an attempt to put pressure on the government for holding the elections.

The minister, who is yet to be allotted a portfolio, asked why the apex court didn’t take suo motu notice when a member of the controversial joint investigation team on Panama Papers case was appointed as head of the FIA and when the previous government was making frequent transfers and postings of top police officials.