NAB dismissed every explanation given by Shahbaz Sharif 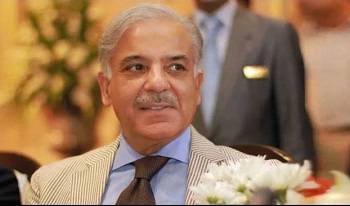 LAHORE: PML-N president Shahbaz Sharif’s troubles in money laundering and income-beyond-means investigations do not seem to be over as the National Accountability Bureau dismissed every ‘explanation’ given by him in response to NAB queries during his appearance here on Monday and summoned him again on June 2.

The opposition leader in the National Assembly chose to appear before a combined investigation team (CIT) of NAB Lahore on Monday unlike his response to its two previous summons in which he took the plea that being a cancer survivor he could not join the investigation in person because of the Covid-19 pandemic.

In the face of NAB’s ‘stern warning’ against skipping its hearing, Shahbaz Sharif decided to comply with its third call-up notice and joined the investigation.

“NAB’s CIT grilled Shahbaz Sharif for about two hours, asking him to provide it with details of transferring the party funds to his own bank accounts,” a source told Dawn. Mr Sharif was also asked to provide details of ‘monumental’ increase in his assets over the last 20 years. He was asked about the property he received in inheritance and the loan he got from Barclays Bank during 2005-07. The CIT also quizzed him about his association with Nisar Ahmed Gill and Ali Ahmed in alleged money laundering.

Responding to the questions, Mr Sharif said all his assets had been declared and he had already submitted relevant details to NAB. He reiterated that he did not commit corruption of a single rupee rather saved billions of rupees in development projects when he was the chief minister of Punjab.

Terming the reply and record [submitted by Shahbaz Sharif to NAB] unsatisfactory, the bureau summoned him again on June 2, asking him to come along with the required record next time.

Earlier, the Pakistan Mus­lim League-Nawaz claimed that Shahbaz Sharif had submitted a “24-page” reply along with the required documents to NAB after securing the record from here and the United Kingdom, but the bureau seemed more interested in making him appear before “its court”.

A good number of PML-N workers gathered outside the NAB provincial headquarters in Thokar Niazbeg. Shahbaz Sharif appeared before the NAB team wearing a face mask and gloves. During the interrogation, social distancing was also observed.

Reacting strongly to NAB’s ‘tactics’ in grilling its party president in what it called a false case, the PML-N insisted that Shahbaz Sharif answered “all of bureau’s queries”.

In a hurriedly called press conference in Model Town, PML-N information secretary Marriyum Aurangzeb claimed that Shahbaz Sharif had not been asked any question about money laundering and the bureau was lying in this regard.

“We demand a televised public inquiry of Shahbaz Sharif by NAB so that the nation could see what this circus is all about,” she said and also demanded that Prime Minister Imran Khan Niazi appear before NAB in sugar and wheat theft and helicopter cases, as well as before the Election Commission of Pakistan in his party’s foreign funding and 25 fake accounts cases.

She said Shahbaz Sharif did not avail any privilege being the opposition leader and presented himself to NAB to set a precedent for all to follow despite knowing that all this was part of a political victimisation. “NAB’s allegations of billions and trillions worth of corruption have now come down to questions like why he came to its office on Monday on his children’s car,” she said, adding that he appeared before NAB despite his “severe medical condition” and vulnerability to Covid-19. “Why Imran Khan is not appearing before the bureau for his countless offenses?” she asked.