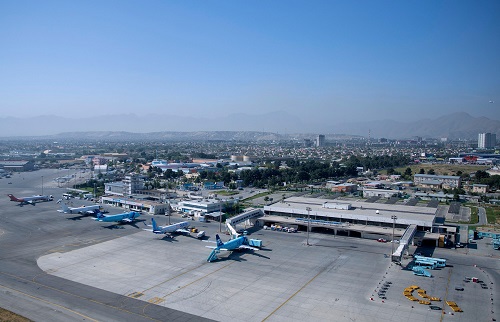 KABUL: NATO leaders at the Brussels summit on Monday agreed to maintain funding for the Hamid Karzai International Airport in Kabul after the Resolute Support mission in Afghanistan ends.

airport. “NATO and allies are now working on how to ensure the continued operations of an international airport in Kabul. There were meetings also on the sidelines of the summit today. Turkey of course plays a key role in those efforts. We are working on exactly how to do it but there is a strong commitment from NATO and from NATO allies to ensure that we can operate an international airport,” he said.

NATO leaders in a statement issued from the Brussels summit affirmed their commitment to continue to stand with Afghanistan, its people, and its institutions in promoting security and upholding the hard-won gains of the last 20 years. “Recalling our previous commitments, NATO will continue to provide training and financial support to the Afghan National Defense and Security Forces, including through the Afghan National Army Trust Fund,” the statement said. It added that NATO will retain a Senior Civilian Representative’s Office in Kabul to continue diplomatic engagement and enhance its partnership with Afghanistan.

“Recognizing its importance to an enduring diplomatic and international presence, as well as to Afghanistan’s connectivity with the world, NATO will provide transitional funding to ensure continued functioning of Hamid Karzai International Airport,” said the statement. “We will also step up dialogue on Afghanistan with relevant international and regional partners,” the statement said. “We continue to support the ongoing Afghan-owned and Afghan-led peace process, and call on all stakeholders to help Afghanistan foster a lasting inclusive political settlement that puts an end to violence; safeguards the human rights of Afghans, particularly women, children, and minorities; upholds the rule of law; and ensures that Afghanistan never again serves as a safe haven for terrorists.”

This comes as Turkey President Recep Tayyip Erdogan on Sunday said his country would be the “only reliable” country left to stabilize Afghanistan after the US pulls out its troops. Quoted by AFP, Erdogan said he will discuss the issue in his first face-to-face meeting with US President Joe Biden on the margins of a NATO summit in Brussels on Monday. The withdrawal of US forces has been completed by more than 50 percent, the US Central Command said last week. Turkey has reportedly said it is prepared to keep troops in Afghanistan to protect Kabul airport, the main exit route for western diplomats and humanitarian workers.

According to AFP, Erdogan said on Sunday that Turkish officials had informed their American counterparts about Ankara’s plans in Afghanistan after the US troop pullout, without providing details. They are “pleased and happy. We will be able to discuss the Afghanistan process with them,” he said. An official from Afghanistan’s Civil Aviation Authority said work was underway on a security framework for Hamid Karzai International Airport in Kabul that will be finalized soon, but added that the government so far has not decided whether to hand over the responsibilities of the airport to Turkish forces once all foreign troops depart.

The Taliban in a statement last week said the safety of the airport is part of the responsibility of Afghans, and called on all international troops, including Turkey’s forces, to leave Afghanistan under the Doha agreement signed in 2020. At a press conference on Friday, NATO chief Jens Stoltenberg said the alliance is talking with different allies, including Turkey, on maintaining support for the international airport in Kabul after the US and coalition forces withdraw from the country. He said the issue is important not only for NATO, an airport and all the critical infrastructure is important for the whole international community, for the diplomatic presence of all countries, and for development aid and different aid organizations.

The security of the international airport after the full withdrawal of US and coalition forces has been a major concern for Afghanistan’s allies at NATO, which is expected to discuss the issue in a meeting this week with members of the alliance including Turkey. The aviation authority pledged that Afghanistan will have the ability to independently conduct airport operations after the withdrawal of troops. A member of the Taliban negotiating team in Doha said that the possibility of handing over the airport authority to Turkish forces will have a negative impact on the peace negotiations.

A Palestinian teenager was shot and killed by live fire during