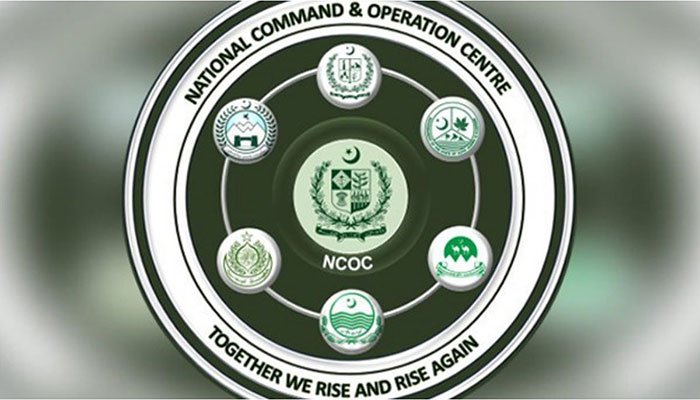 ISLAMABAD: The National Command and Operation Centre (NCOC) on Sunday announced that 60 per cent of eligible population in the country has been fully vaccinated against Covid-19. Moreover, the data showed that 3,206 more people were infected by the virus and 41 Covid-19 patients died in the past 24 hours in the country.

The vice chancellor of Health Services Academy (HSA), Shahzad Ali Khan, said that according to different models/surveys virus infected 80pc population of Pakistan. As the 60pc population of the country has been fully vaccinated, Covid-19 has become endemic rather than pandemic, he added.

According to the data, 89,853,639 people, which is 60pc of the eligible and over 40pc of the country’s total population has been fully vaccinated. Moreover, 115,238,268 people have received at least one dose of vaccine and 3,361,160 people have been inoculated with booster shots.

While the national positivity rate of Covid-19 tests was 5.79pc, only six cities reported over 10pc positivity rate on Sunday. The cities are Mardan, Muzaffarabad, Gilgit, Peshawar, Karachi and Hyderabad.

The HSA vice chancellor, while talking to media, said that according to different models, including British and independent surveys, virus has accessed to 80pc population of Pakistan in any form.

“Majority of people remained unaware while they were infected. Moreover, 60pc population has become fully vaccinated. Omicron is more transmissible, but it is not as virulent as others variants [such as Delta] were. I believe the cases and positivity would further reduce by March and then it will become endemic which means it will remain present in the country, but in the form of a normal disease, such as flu,” he said.

Answering a question, Dr Khan said the virus mutates in unvaccinated or uninfected hosts which were rarely available in Pakistan and other developed countries.

“Currently there is a fear that the virus can mutate in Africa or some Asian countries where just a few per cent populations has been vaccinated and majority of such countries are either financially unable to vaccinate their people or there are refusal cases. As long as the virus remains in its current form, I believe Pakistanis have less threat and only 1pc of its patients may be admitted to hospitals. However, there are chances of emergence of new variants, especially in Africa, but hopefully we will not have extremely virulent variants,” he said.

Meanwhile, the Disposable Medical Device Manufacturing Association (DMDMA) has urged the government to continue with the 17pc sales taxes on syringes as withdrawal of tax will only be beneficial for importers and will badly harm the local industry which has potential to manufacture two billion syringes annually. The association has stated that the country has already been facing severe shortage of foreign exchange, therefore, the government should not take steps to discourage local manufactures at the cost of imported products.

DMDMA chairman Inayatullah has said that the government should adhere to the sales tax levied on syringes. He ruled out the myth initiated by some elements that if 17pc sales tax is not withdrawn then there will be a shortage of syringes in the country.