Never appointed head coach due to criticism of corruption in team: Aqib Javed 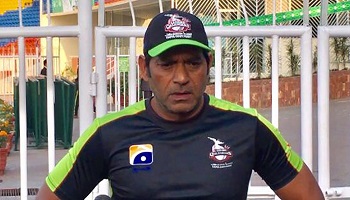 KARACHI: Former Test pacer Aaqib Javed says that the Pakistan cricket system punishes whistle-blowers, reiterating that the reason he was kicked out of the national set-up at the peak of his career and then was never appointed the head coach was due to his aversion and criticism of corruption in the team.

“My career ended prematurely because I spoke against fixing. I was being threatened that I would be ripped to pieces. If you are vocal against fixing then you can only go to a certain extent in your career. This is why I was not able to become the head coach [of Pakistan],” Aaqib told a private news channel.

Right-armer Aqib said that punishing cricketers was the low-hanging fruit as he questioned why the mafia and the masterminds were never reprimanded.

“This mafia runs very deep and once you enter it you can never come back. Many a cricketers were punished but the mafia was never identified. Both of them should be punished and this menace will only go away through severe punishments and lifetime bans.Aaqib, who is now the head coach of Lahore Qalandars, passed those remarks after his former team-mate Saleem Malik — banned for life in 2000 on the recommendation of Justice Qayyum Commission -- issued a plea for pardon.

“Facts were hidden even in Justice Qayyum Commission. I had told the court that fixing is not done by one but five to six players. I told Justice Qayyum that my testimony was based on what I had seen with my own eyes and heard with my ears,” he said as he admitted that “digging a 20-year-old issue will reap nothing.”

The former fast bowler said that the commission was deliberately kept in the dark, once again pushing the long-held notion that many more were involved in fixing but only a few were punished.