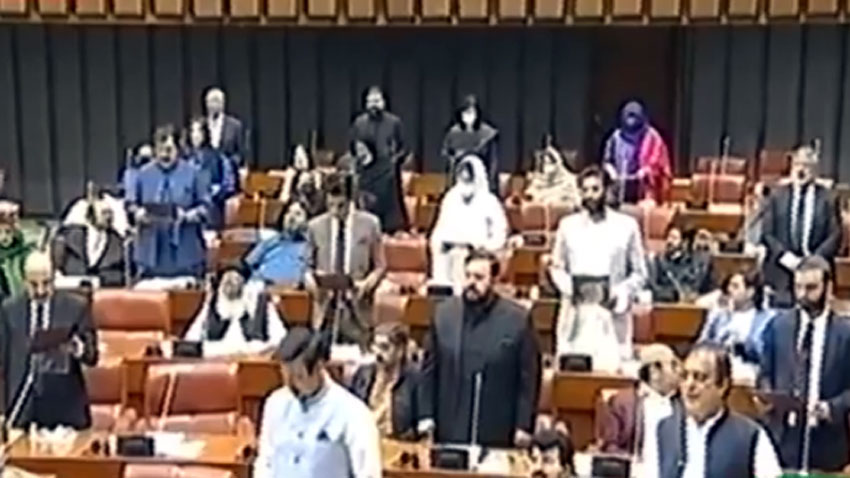 ISLAMABAD: All the forty-eight newly elected members of the upper house took oath as Senators at the specially convened session of the house at the parliament house in Islamabad on Friday.

Senator Syed Muzaffar Hussain Shah, nominated by the President to chair the session, administered the oath to them.

After oath taking, the members signed the roll of members.

The Presiding Officer said he will ensure that the secrecy of the ballot is maintained at all cost.

The House has now been adjourned till three this afternoon when election of Chairman and Deputy Chairman would take place.