Next Olympics to be held in Paris 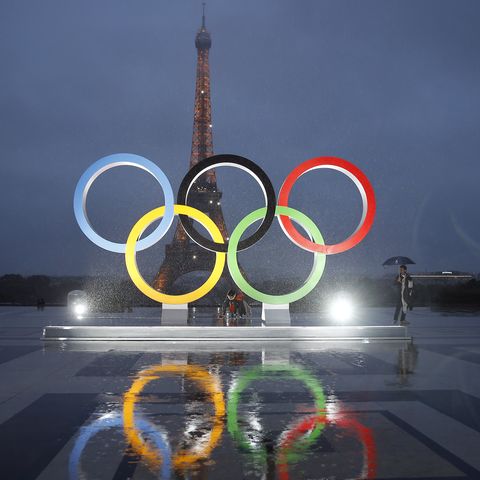 PARIS: France rolled out the red carpet for the Olympic flag on Monday, with the host of the next 2024 Summer Games promising to make the sporting spectacle open to the masses after a pandemic-hit Tokyo Games held behind closed doors.

Paris Mayor Anne Hidalgo waved the flag which she was handed in Tokyo during the handover ceremony as she stepped out of the aircraft bringing home some of the country’s last athletes.

The 2024 games would be “something very positive for our country. They come at a good moment,” Hidalgo told reporters.

Paris, she said, had learned many lessons from Tokyo’s experience.

Delayed by a year and upended by strict Covid-19 countermeasures as contagious variants surged back around the world, the 2020 Games fell short of the triumph and financial windfall Japan had wanted.

At Sunday’s handover ceremony, Paris sought to change the tone. Several thousand sports fans thronged a fan zone in the shadow of the Eiffel Tower, whooping and cheering as some Tokyo medalists bounced onstage to a backtrack of blaring rock music.

“We want to find ways to open the games to the people,” Paris Games chief Tony Estanguet said on Friday.

“Our focus is on taking sport out of the traditional spaces and putting competition at the heart of the citys most famous landmarks,” Estanguet, a three-time Olympic canoe champion, added.

Bringing the games closer to the people will pose security challenges in a country that has suffered waves of attacks at the hands of Islamist militants or jihadist-inspired assailants in recent years. More than 250 people have been killed.

In a nod to breaking with an old made-for-TV format, organisers of the Paris 2024 games have for the past year been working on taking the opening ceremony out of the Olympic stadium and into the heart of Paris.

For the first time, amateur runners will participate in the marathon, road-biking enthusiasts will cycle the course soon after the Olympians and sailing enthusiasts may be able to do battle in real-time with their sporting heroes.

“We need to balance the tradition of the Olympics with creativity and innovation,” Estanguet has said.

No-one knows if the world will have conquered the pandemic in three years time. Estanguet said in February that Paris 2024 was working on its own contingency plans.