Officials to be dismissed if duration of loadshedding exceeded two hours a day: Shehbaz Sharif 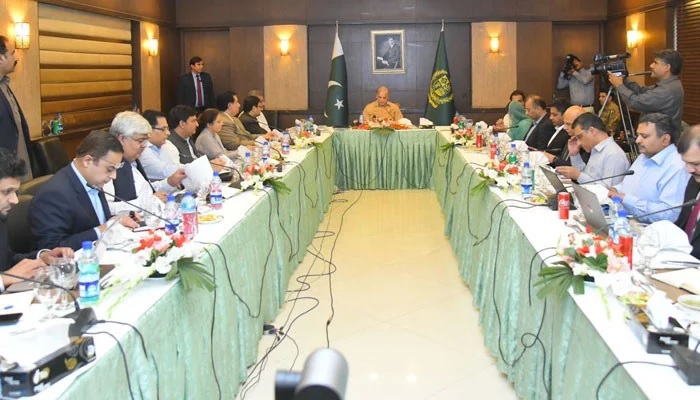 ISLAMABAD: Prime Minister Shehbaz Sharif Saturday warned the top officials of the power ministry that they would be dismissed from service if the duration of loadshedding exceeded two hours a day.

The PM had convened an emergency meeting to deliberate on reasons behind the power outages across the country and the measures taken to overcome the problem. Ministers and top officials of the Power Division concerned attended the huddle.

“Over 10 hours of loadshedding is being carried out on a daily basis across the country. I am not ready to buy your lies,” replied the prime minister.

“Loadshedding for more than two hours is not acceptable. Do whatever you want,” PM Shehbaz directed the officials.

The PM sought an emergency plan for reduction in electricity loadshedding within 24 hours. Minister for Information and Broadcasting said in a statement that the PM directed a committee comprising ministers for Energy, Petroleum and Finance to present a practicable plan. The PM asked the committee to ensure gradual reduction in loadshedding. The ministers and officials apprised the PM of overall energy situation and hurdles in meeting electricity shortages for domestic and industrial consumers.

"There should be a balance in supply of electricity to domestic and industrial consumers,” the information minister quoted the premier as having said, and added that the plan should be implemented in a way that consumers see an improvement in electricity supply.