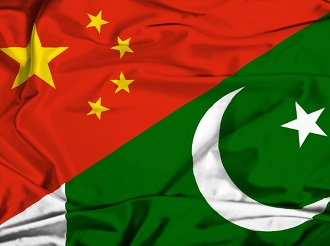 ISLAMABAD: Pak-China bilateral cooperation has increased during Corona, China-Pakistan Economic Corridor (CPEC) projects have not only remained unscathed by the Covid-19 pandemic officials and think tank representatives said on Thursday.

They were speaking at a webinar on ‘New Oppor­tunities and Challenges of China-Pakistan Cooperation in the Post-Epidemic Era’, which was participated in by experts of Chinese and Pakistani think tanks. The webinar was organised by Pakistan-China Institute.

Chinese Ambassador Yao Jing spoke about the cooperation between the two countries during the pandemic and said his country’s assistance for Pakistan was worth $15 million. Equipment and experts were flown to Pakistan since the outbreak of the disease here through 10 chartered flights, he said, adding that about 1000 more ventilators are expected to be delivered by the end of the month.

About CPEC, he said, over 60,000 Pakistanis had been employed with CPEC projects. He said 13,000 Chinese technicians, engineers and experts were also working on these projects.

Chief of China Overseas Ports Holding Company Zhang Baozhong said neither any Pakistani employee in any CPEC project had been laid off nor anyone has suffered a pay cut during the coronavirus crisis.

He said all CPEC projects were free of Covid-19.

Chairman of the Senate Foreign Relations Committee and Chairman of the PCI Senator Mushahid Hussain said the silver-lining amid coronavirus crisis was the strengthening of Pak-China bilateral relations.

He said the time had come to reset our priorities and focus on human security, human development, better health care and climate change and in this regard, Belt and Road Initiative could be taken as a guiding tool to reach the goal of a shared future.

Dr Baige Zhao, former Population Minister and head of Research and Development International (RDI), in her opening remarks said that President Xi Jinping’s speech about improving connectivity through BRI at last month’s high-level video conference showed the will of China to start a new era of globalisation. The BRI, she said, would play a key role in promoting peace and stability in the world.

Executive Director of PCI Mustafa Hyder Sayed said the recent shift in Iran’s policy with regard to CPEC was a good omen for regional connectivity.