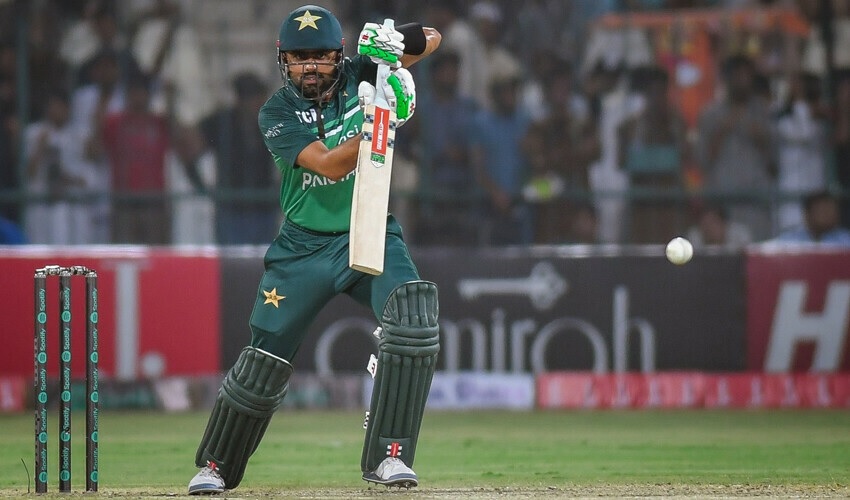 Chasing a 306 run target, Pakistan team finished the game with five wickets in hand and four balls remaining in their innings.

Skipper Babar Azam was the key in the run chase, as he scored a record-breaking 103 off 107 deliveries.

He was well supported by in-form Imam ul Haq, who scored 65 off 71 balls, and Mohammad Rizwan who made 59 off 61 deliveries.

The West Indies opener Shai Hope scored a magnificent ton and set a target of 306 runs after winning the toss.

W.I sufferied an early bowl in the shape of Kyle Mayers’ wicket, but the visitors kept the scoreboard running.

The pair of Hope and Shamarh Brooks was outstanding with the bat and made a 154-run stand for the second wicket, to bring their team back in the game.

Skipper Nicholas Pooran, who showed aggressive intent with the bat, hitting three maximums for 21, was removed by Haris Rauf.

Hope completed his 12th ODI century for the West Indies – his first against Pakistan and seventh in Asia. He departed after scoring 127 – the highest individual score at the Multan Cricket Stadium.

For the home side, Shadab Khan bowled an economical spell, where he registered figures of one for 37 in his 10 overs. Meanwhile, Shaheen Shah Afridi claimed two wickets in the game.

Haris Rauf had an expensive outing with the ball as he registered figures of four for 77 in his 10 overs.

The second match of the three-match series will be played on Friday at the same venue.