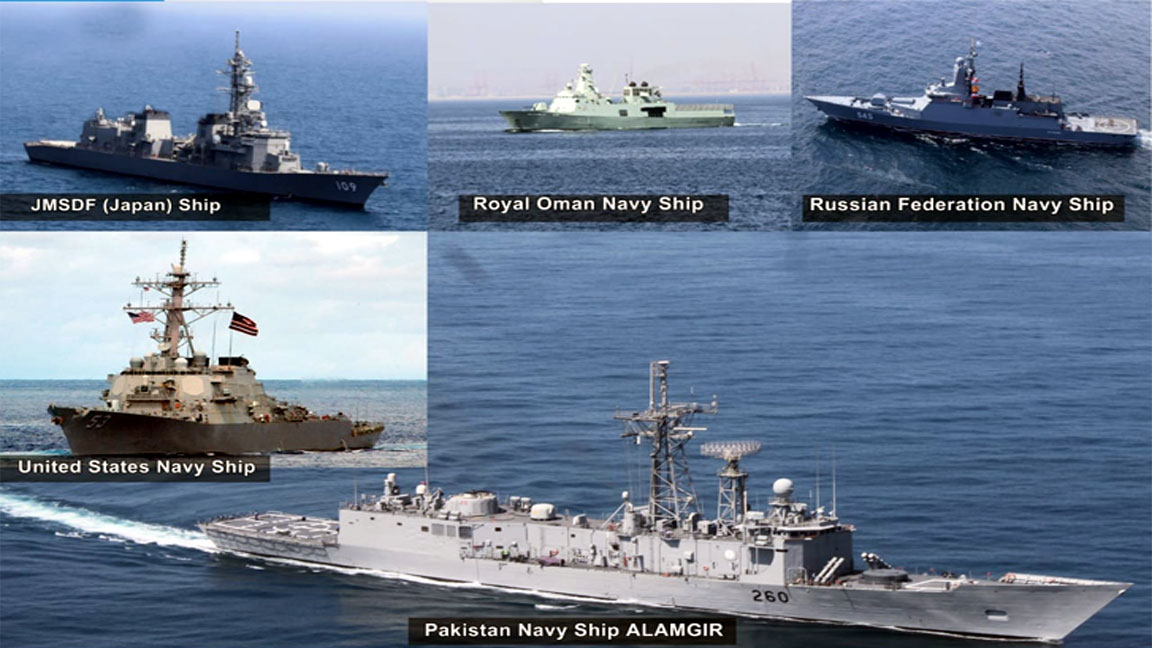 ISLAMABAD: Pakistan Navy is participating in bilateral exercises with Japan, Russia and United States navies in Gulf of Aden and North Arabian Sea.

According to the spokesperson of Pakistan Navy, Pakistan Navy Ship Alamgir with embarked helicopter has been deployed in Regional Maritime Security Patrol.

These patrols are conducted as Pakistan Navy initiative to contribute towards regional maritime security and to support international efforts against the menace of maritime terrorism, piracy and narco-arms smuggling.

Pakistan Navy remains committed to play role in ensuring maritime safety and security in the region.