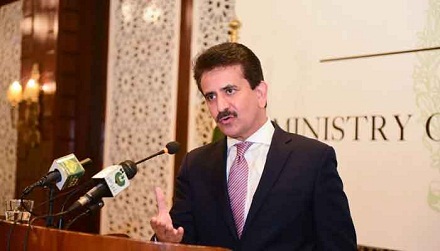 ISLAMABAD: Pakistan has given up its plan to host Afghan Peace Conference involving Afghanistan’s political leadership. The plan has been quietly shelved, a senior official confirmed on Monday.

The conference, which was to be attended by the political leadership of Afghanistan, was originally planned to be held from July 17 to 19 to give a fresh impetus to the efforts for peace there.

However, it was postponed at the eleventh hour after last minute pull-outs and criticism by President Ashraf Ghani, who had reportedly during a meeting with Prime Minister Imran Khan in Uzbekistan, called for its cancellation. Taliban had not been invited.

Initially, it was said that the conference had been postponed because it coincided with Afghan leaders’ visit to Doha for a meeting with Taliban negotiators.

The Pakistan government, besides helping Afghans develop a consensus on peace process, had wanted to use the event to hear from them (the Afghans) their expectations from Pakistan.

“Afghan leaders individually in their conversations with Pakistani officials make varying demands, therefore, we thought that the conference would help them put forward a common set of expectations,” the official said.

The government is now thinking of convening a regional conference on Afghanistan at the foreign ministers’ level.

“We have repeatedly stated that Pakistan has no favourites in Afghanistan. We see all sides in the conflict as Afghans who need to decide about their future themselves. We will continue to play a constructive facilitation role in the Afghan peace process,” he maintained.

He said it “regrettable” that certain sections of the media misquoted and twisted FM Qureshi’s remarks about the need for peace and stability in Afghanistan through an Afghan-led and Afghan-owned process.

“In fact, the Foreign Minister clearly spoke about consensus among the international community, the regional players and the Afghans themselves against the menace of terrorism. His remarks cannot be in any way be misconstrued as advocacy for a particular side in the Afghan conflict,” he underscored.