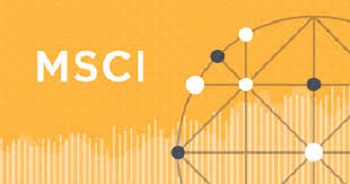 KARACHI: Pakistan managed to hold on to its position in the MSCI Emerging Market, belying fears of a downgrade to the ‘Frontier Market’ category. The May 2020 semi-annual index review was announced past dawn on Wednesday. It would be effective from June 1.

Pakistan currently has three constituents in MSCI EM: Habib Bank, Oil and Gas Development Company and MCB Bank Ltd. There was no deletion or addition, which was in line with the market consensus.

However, there were two additions and two deletions from Pakistan Small Cap index: Pakistan Petroleum Ltd (PPL) and Mari Petroleum Ltd (Mari) were added to the index whereas Sui Northern Gas Pipelines Ltd (SNGPL) and Nishat Mills Ltd (NML) were deleted. Market strategists believed that the foreign passive funds (that have longer investment horizons against active funds) were likely to enhance their holding in PPL and Mari, while offloading SNGPL and NML.

Top line Securities analysts said that Pakistan’s weight was likely to be around 0.023 per cent -- which at the time of last rebalancing on Feb 12 was around 0.035pc.

Earlier, Pakistan was pushed out into the MSCI FM in 2008 after the global crisis and for putting a ‘floor’ under the market fall. After years of cajoling and pleading with the MSCI, Pakistan celebrated its return to the emerging market in May 2017. However, it turned out to be an unmitigated disaster. Among others, a major reason for Pakistan to remain off the foreigners’ radar was due to the minuscule weight in the MSCI emerging market index.