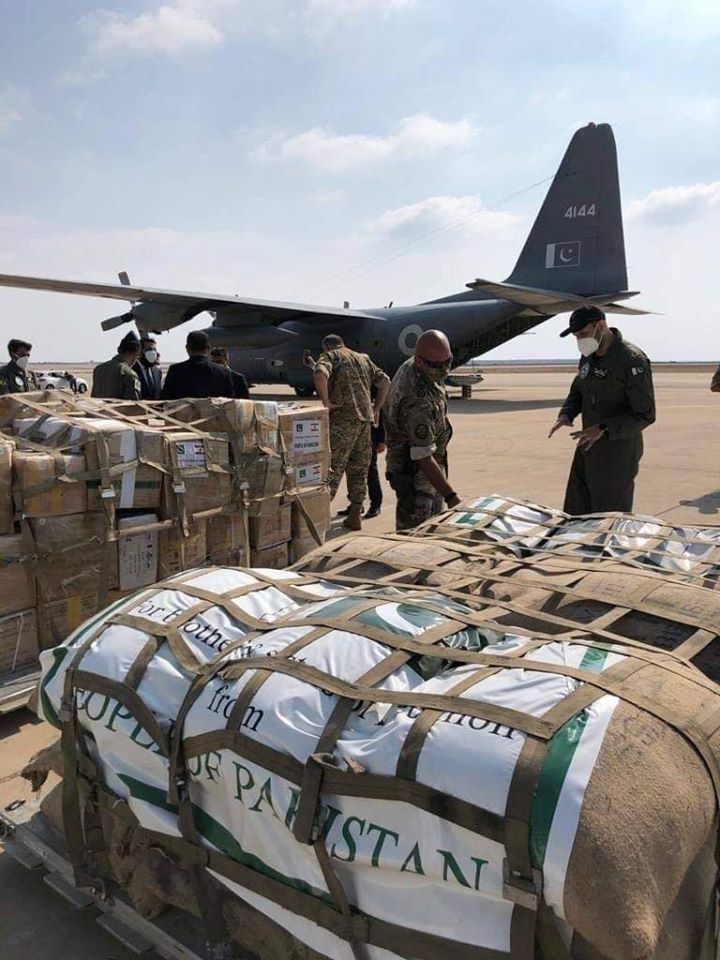 ISLAMABAD: Pakistan shipment of relief aid following the massive explosion at Beirut’s port that killed at least 136 people, with the first plane filled with food, water and medical supplies arrived in Beirut on Friday.

Ambassador of Pakistan to Lebanon Najeeb Durrani handed over the assistance at the Rafic Hariri International Airport. The relief goods were received by senior officials of the Ministry of Foreign Affairs and Emigrants and the Lebanese Armed Forces.