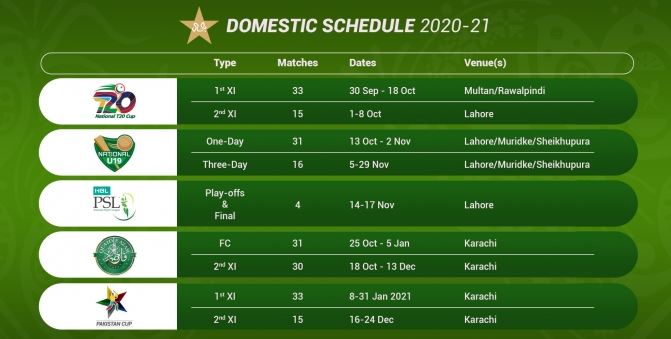 According to a press release issued by PCB in Lahore on Friday, National T20 Cup 1st XI (33 matches) will be played from 30th of this month to 18th of next month in Multan and Rawalpindi. Lahore will host 2nd XI matches from 1-8 October.

National U19 tournaments to be played in Lahore, Muridke and Sheikhupura from 13 October to 29 November.

Karachi to stage Quaid-e-Azam Trophy from 18 October with first-class matches from 25 October and Pakistan Cup 1st XI matches from 8-31 January and 2nd XI from 16-24 December.