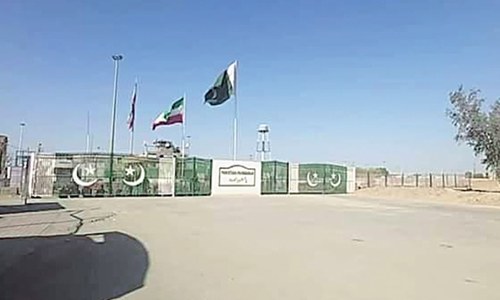 TAFTAN: Local traders, customs clearing agents and representatives of various political parties have called for immediate reopening of the entry point on the border with Iran at Taftan, a town in Chagai district.

According to official sources, the Bazarcha entry point was closed on Friday by the Pakistan Customs authorities after receiving instructions from the high-ups.

“The goods imported to Bazarcha were being transported to NLC port from Immigration Gate,” the sources added.

The traders and customs agents said that despite announcing reopening of new border entry points for trade, the authorities at Taftan had been closing entry points one by one.

“The tax-free trade gate Zero Point has been closed for four months while the travelling gate has also been closed since February last year. Thousands of workers have become unemployed due to the closure of Zero Point and Bazarcha entry point,” they lamented.

They said a majority of residents of Taftan and surrounding areas were dependent on border trade and urged the government to create more opportunities for them instead of closing the existing entry points.

They announced to stage a protest rally on August 2 (Monday), block highways and observe a shutter-down strike if Zero Point and Bazarcha entry point were not reopened.