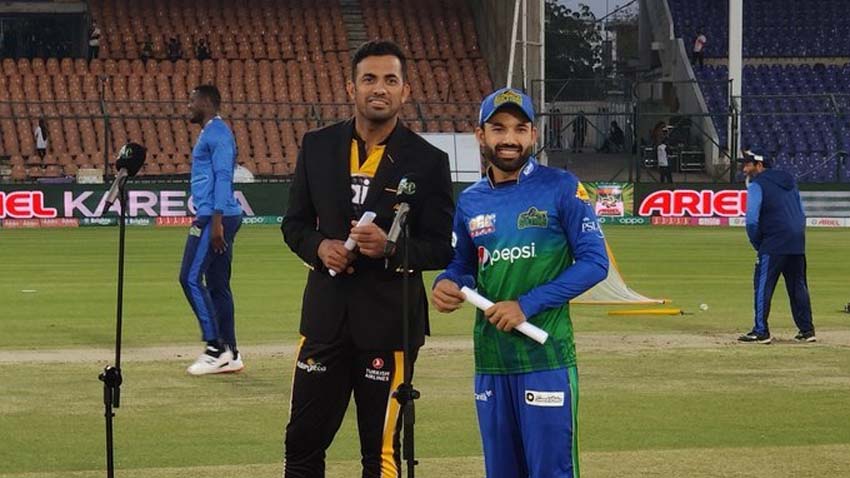 KARACHI: Multan Sultans are 35-1 at the end of 5 overs against Peshawar Zalmi in the fifth match of sixth edition of Pakistan Super League (PSL) at National Cricket Stadium in Karachi on Tuesday.

Peshawar Zalmi had won the toss and choose to field first against Multan Sultan.

Peshawar Zalmi didn’t have the best of starts to their campaign as they finished second best to the Lahore Qalandars a few days ago. Despite boasting a well-rounded side, Zalmi couldn’t post a par score, which came back to haunt them.

On the other hand, Multan Sultans lost their first match against Islamabad United by three wickets after failing to defend the total of 150 runs. Captain Mohammad Rizwan played a sublime knock of 71 runs for Multan but his efforts went in vain as his side lost the game 3 wickets. Peshawar Zalmi, on the other hand, lost their last game against Lahore Qalandars by 4 wickets.