PTI ahead of PPP,PML-N in Neelum-Jhelum valley in LG elections 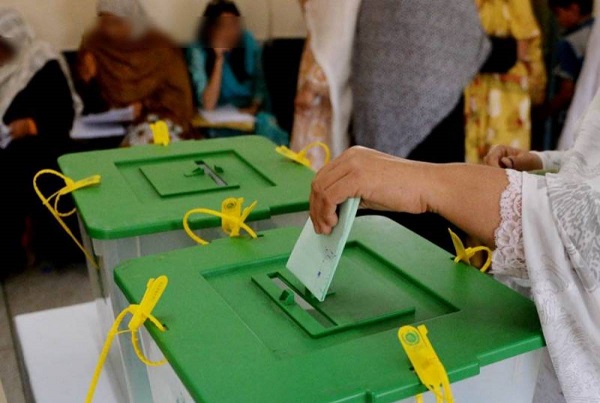 MUZAFFARABAD: PTI ahead of PPP, PML-N in Neelum and Jhelum valley districts, but PTI in Muzaffarabad district of Azad Jammu and Kashmir (AJK) appeared to have lost to its arch-rivals PML-N and PPP. As polling for the first phase of local government (LG) elections in Muzaffarabad division was held on Sunday in a generally peaceful atmosphere.

Contrary to the widely prevailing security concerns due to the non-deployment of security forces from Pakistan, only four persons, including a woman, sustained minor wounds in two incidents at three polling stations in Muzaffarabad district.

“Regardless of results, I express my heartfelt gratitude to the people of Muzaffarabad division for demonstrating great political maturity by turning up in large numbers and casting their votes in a cordial atmosphere at their respective polling stations. Bravo,” tweeted Prime Minister Sardar Tanveer Ilyas late in the evening.

Though less than 5,000 police personnel could be spared mainly to maintain law and order at 1,323 polling stations across the division, the army had also given signals that it could come in aid of the civilian administration in the event of hostilities in any area, which had also significantly contributed to the maintenance of order.

Divisional Commissioner Masood-ur-Rehman said that three persons suffered minor wounds in Katheli area while one woman was injured, reportedly during aerial firing between rival political workers, in Kumi Kot area, both located towards the south of state capital.

Two persons were arrested apart from postponement of polling in Kumi Kot, he said.

Polling was also cancelled in Beesanwali village of Neelum valley after six female voters died in a road accident while on way back to home.

The commissioner said that a scuffle also took place in two polling stations of Garhi Dupatta but by that time the polling staff had already left the place after completing its process.

Unconfirmed and unverified results that started pouring in since evening and continued till late night suggested that 12 seats were bagged by PML-N, 10 by PTI, and seven each by PPP and independents for the Municipal Corporation Muz­­affarabad. This meant that the opposition was all set to bring its mayor in the capital.

Similarly, the PTI position in the 41-member district council Muzaffarabad was also not very convincing according to results of around 30 seats.

Supporters of winning candidates took out rallies and processions after the announcement of unconfirmed results in different areas, exploding fire crackers and chanting slogans.