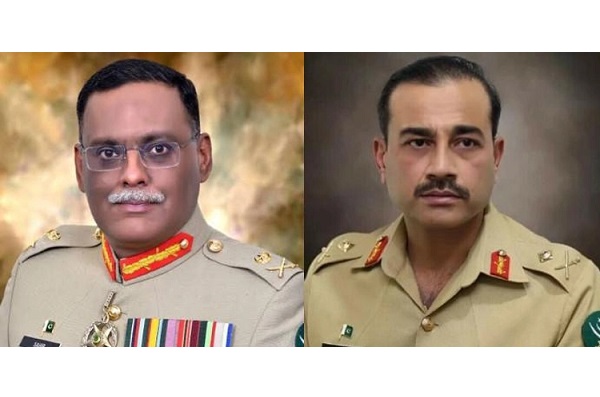 LAHORE: The Pakistan Tehreek-i-Insaf (PTI) leadership, that was insisting the “game is still in the hands of kaptaan” until early on Thursday, went into complete silence after President Dr Arif Alvi approved the appointments of the new chairman joint chiefs of staff committee and the army chief.

The PTI central media, later in the evening, issued a statement and congratulated Gen Sahir Shamshad Mirza, who was appointed the chairman joint chiefs of staff committee, and Gen Syed Asim Munir, who takes on the role of the army chief. The party hoped the military establishment would take measures in the best interest of the nation’s security and stability of state institutions. It also said the people of Pakistan wanted the armed forces to “stay out” of politics and “not infringe upon” the rights of political parties.

The PTI leadership maintained an odd silence over the two all-important appointments in the armed forces, as President Alvi left PTI chief Imran Khan’s Zaman Park residence after a brief meeting, signalling that the summary for the appointments, moved by the prime minister, would be signed in a matter of minutes.

Moreover, former premier Khan had also exercised restraint while speaking to journalists at his residence a day earlier, and did not disclose whether he planned a sit-in in Rawalpindi. He just said he’d maintain the “suspense”. Stating that he would announce his next strategy in his address to the PTI’s long march in the garrison city on Saturday, he had claimed the involvement of PML-N supremo Nawaz Sharif in the matter of the most important appointments had already affected the incoming army chief’s neutrality.

On the other hand, on the instructions of senior party leaders, the PTI’s second-tier leadership started focusing its efforts and energies on preparing for the party’s long march that resumes on Saturday (tomorrow) from Rawalpindi. The party leadership said Mr Khan was determined to lead the demonstration even after the assassination attempt on him.

In a subtle response to the army chief’s appointment, former minister Hammad Azhar lauded Mr Khan’s “statesmanship” when he tweeted later in the day that the PTI chief had decided to “turn the wheel” despite being attacked.

“Despite being shot at, his [people] threatened, tortured, blackmailed, multiple fake cases initiated against him & his party, his govt removed through political engineering, IK today chose to turn the wheel for the sake of his country. That’s peak statesmanship.”

When contacted, PTI Punjab President Dr Yasmin Rashid said people from across the country would start reaching Rawalpindi by Friday evening, while two caravans will move separately from central Punjab through the motorway and GT Road to reach the garrison city.

A convoy from Lahore, Nankana Sahib, Sheikhupura, Mandi Bahauddin and Hafizabad, led by Dr Rashid, would travel through the motorway early on Saturday, while a second procession would march through Gujranwala, Sialkot and Gujrat, led by PTI Punjab General Secretary Hammad Azhar, from the GT Road.