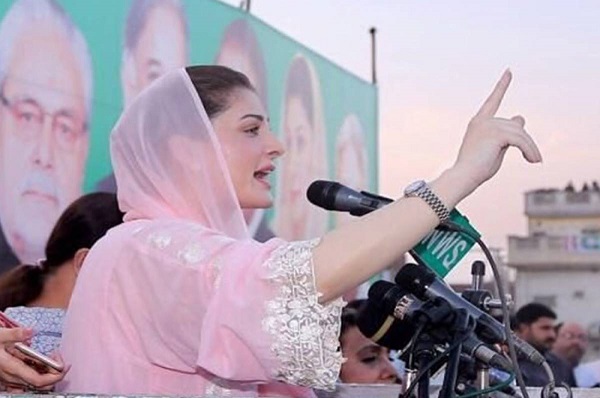 GUJRAT: Maryam Nawaz predicted that the PTI chief would fail if he tried to shift the burden of his poor economic performance to the PML-N. She said the game was now out of the hands of Mr Khan who was trying to escape the accountability of the public after his party government’s bad performance. She said the PTI government had laid landmines for the country’s economy and put it on a ventilator.

Maryam was addressing a rally of the charged PML-N workers in Kotla town of Gujrat on Sunday.

She assured the PTI chief of provision of security even more than that of Prime Minister Shehbaz Sharif if he produced the video in which he had recorded names of those who had made a plan to assassinate him.

“Imran Khan, don’t wait for any tragedy to take place although I am sure that the talk of video is yet another lie and let me guarantee you (Khan) that Nawaz Sharif has a big heart and he will ensure provision of security for you more than Shehbaz Sharif’s,” she said.

“I will ask Interior Minister Rana Sanaullah to get that video from Imran Khan and tell the latter to not to wait for any tragedy to happen,” said Maryam who added that she would pray for the life of Imran to watch the victories of Nawaz Sharif Taunting the PTI leader for threatening to withdraw the facility of air conditioners from Nawaz Sharif in the jail, she reminded him that it was Nawaz who had visited him in a hospital by suspending the election campaign ahead of 2013 polls.

She said the PTI chief should himself have called for a fresh election when he was in power instead of begging for support from the allies and added that now everyone in Pakistan was looking towards Nawaz as he had always been a centre of attention of Pakistani politics.