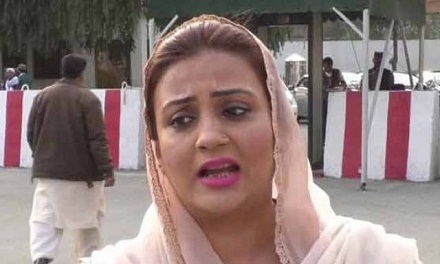 LAHORE: The Punjab government has decided to serve a legal notice on PML-N MPA Azma Bukhari for levelling baseless and concocted allegations against Chief Minister Usman Buzdar and his principal secretary Tahir Khurshid.

The chief minister office’s legal team on Wednesday discussed the allegations levelled by Ms Bukhari at a news conference and decided that a legal notice for defamation would be sent to her.

Special Assistant to Chief Minister on Information Dr Firdous Ashiq Awan has stated that Ms Bukhari had levelled baseless allegations against Mr Buzdar and Mr Khurshid at the behest of her absconding leader Nawaz Sharif, Shehbaz Sharif and Maryam Safdar.

“Ms Bukhari is suffering from Buzdar-phobia and is quite unnerved over the execution of government matters in accordance with the principles of merit and transparency,” she commented.