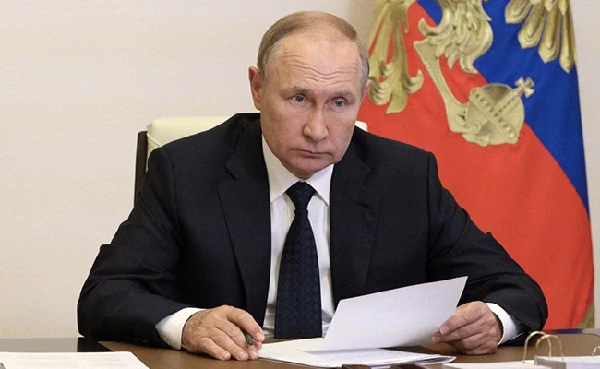 TBILISI: Putin on Wednesday ordered Russia’s first mobilisation since World War Two and backed a plan to annex swathes of Ukraine, warning the West he was not bluffing when he said he’d be ready to use nuclear weapons to defend Russia.

Prices for air tickets out of Moscow soared above $5,000 for one-way tickets to the nearest foreign locations, with most air tickets sold out completely for coming days.

Social media groups popped up with advice on how to get out of Russia while one news site in Russian gave a list of “where to run away right now from Russia.” There were long tailbacks at border crossings with Georgia.

“War is horrible,” Sergei, a Russian who declined to give his surname, said as he arrived in Belgrade, the Serbian capital. “It’s okay to be afraid of war and of death and such things.” One Russian man who gave his name as Alex said in Istanbul that he had left Russia partly due to the mobilisation.

“The partial mobilisation is one of the reasons why I am here,” he said. “A very poor step it seems to be, and it can lead to lots of problems to lots of Russians.” He said he felt that not many Russians would want to be sent to fight.

Another Russian, who gave his name only as Vasily, arrived in Istanbul with his wife, teenage daughter and six suitcases.

“The mobilisation was inevitable because there was a shortage of human resources. I am not worried because I’m already 59 years old and my son lives abroad,” he said.

A truck driver who crossed the Russian-Kazakh border on Thursday near the Kazakh city of Oral said he saw unusually heavy traffic from the Russian side. He asked not to be identified, fearing that might complicate his future travel.