Rangers to be deployed in AJK election 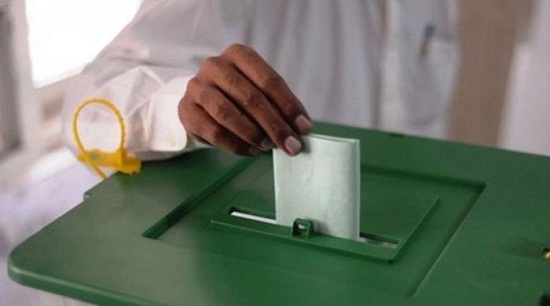 ISLAMABAD: Rangers will be deployed during the general elections in Azad Jammu and Kashmir (AJK) to be held on July 25. Sources said Interior Minister Sheikh Rashid Ahmed had accepted a request of AJK Chief Election Commissioner (CEC) Abdul Rashid Sulehria for deployment of Rangers.

According to the AJK Election Commission, 2.82 million voters — 1.59m male and 1.297m female — will exercise their right to vote.

The CEC has already unveiled a 16-page ‘code of conduct’ for the political parties, candidates and their polling agents, envisaging strict adherence to the legal and constitutional requirements and other guidelines.

Under the code, no candidate, including the AJK premier, speaker and deputy speaker of the Legislative Assembly and ministers, would be allowed to use official resources, particularly vehicles, for election campaign or else they could be disqualified from contesting the elections and the official vehicle would be confiscated.

The National Command and Control Centre (NCOC) had earlier suggested postponement of the AJK elections for two months. It had written a letter to the AJK chief election commissioner, stating that due to the rise in the number of coronavirus cases in the country, the polls should be delayed.

The NCOC had said that large political gatherings for election campaigns would lead to further spread of the deadly virus in AJK. It said that one million residents of AJK could be vaccinated by September.