Rich countries might have thought they were safer should expect surprises: WHO 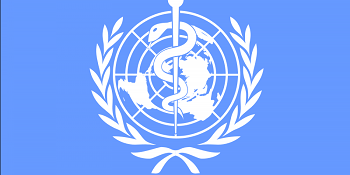 GENEVA: It would be a “fatal mistake” for any country to assume it will not be hit by the new coronavirus, and rich countries that might have thought they were safer should expect surprises, the head of the World Health Organisation said on Thursday.

The head of the WHO’s emergency programme said Iran, which has so far reported the most deaths outside of China, may be dealing with an outbreak that is worse than yet understood. He also said discussions were being held with organisers about the fate of the Olympic games scheduled for July in Japan.

“No country should assume it won’t get cases, that would be a fatal mistake, quite literally,” WHO Director General Tedros Adhanom Ghebreyesus said.

“And I even say if you take Italy, a member of the G7, it was really a surprise. So even many other developed countries you also see some surprises, should expect some surprises.” Tedros said epidemics in Iran, Italy and South Korea were at a “decisive point “: still marked by clusters of infections with some transmission in communities, but not yet by sustained community transmission.

The WHO declared the outbreak an international emergency on Jan. 30 and has been urging countries to ready screening, isolation wards and public education campaigns.

“This virus has pandemic potential,” Tedros said. “This is not a time for fear. This is a time for taking action to prevent infection and save lives now.” He said U.S. President Donald Trump was right in suggesting hygienic measures similar to those to prevent flu, such as frequent hand washing.

Iran said on Thursday its death toll from coronavirus had risen to 26 and the total number of infected people now stood at 245, the highest number of deaths from the virus outside China.

Asked about Iran’s nearly 10 per cent death rate among known cases, Dr. Mike Ryan, head of WHO’s emergencies programme, said it was an indication that the disease might have spread further in Iran than revealed in the official figures.

“The most likely factor is obviously this disease came unseen and undetected into Iran, the extent of infection may be broader than we think,” he said.

Japanese Prime Minister Shinzo Abe asked all elementary, middle and high schools nationwide on Thursday to close until late March to help control the spread of the new virus in the country. The request caught many local officials by surprise. While not legally binding, it is expected to be largely followed. It will affect 12.8 million students at about 34,800 schools nationwide, according to the education ministry.

The coming week or two is an extremely important time, Abe said. This is to prioritize the health and safety of the children and take precautions to avoid the risk of possible large-scale infections.

The decision comes amid growing concern about the rise in the number of untraceable cases of the virus in northern Japan and elsewhere. Japan now has more than 910 cases, including 705 from a quarantined cruise ship. An eighth death from the virus was confirmed Thursday on the northern island of Hokkaido.

Abe’s announcement came hours after several local governments had announced their own decisions to suspend classes for shorter periods.

Officials in Hokkaido said they were closing all 1,600 elementary and middle schools. Hokkaido now has 54 confirmed cases, the largest in in the country outside the cruise ship.

Some local governments quickly said they will abide by the request, but others criticised the short notice and said it would affect working parents who need to find sitters for young school children.