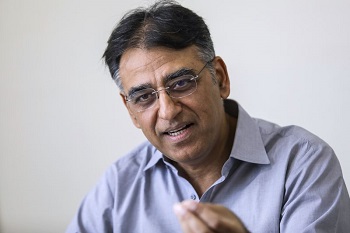 ISLAMABAD: Minister for Industries and Production Hammad Azhar said that the government by realising the difficulties faced by small and medium enterprises had allocated Rs50 billion to provide relief in electricity bills of SMEs for three months.

He said that 3.5 million SMEs would get benefit from the relief programme under which the government would pay electricity bills of SMEs having commercial meters with 5kw to 70kw monthly consumption during the next three months.

Meanwhile, Federal Minister for Planning, Development, and Special Initiatives Asad Umar said the government will make a decision on the lockdown strategy after May 9 next week. Umar said he had urged the premier to call an NCOC meeting next week to discuss the issue further.

He said when coronavirus cases were first reported in the country, the government was concerned that the situation will get out of hand. "The cases and death toll both started to increase but the situation did not get out of hand," he said. "Since the past three days, more than 20 deaths have been reported on a daily basis. There is a concern that the death rate will rise further [in the coming days]," he said.