Sabalenka got defeated by Anastasia in French Open 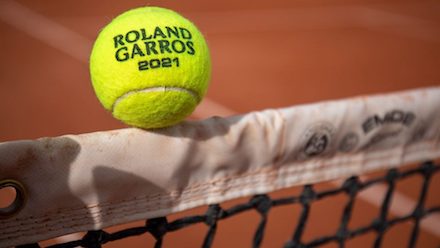 PARIS: In French Open third-seeded Aryna Sabalenka got defeated by Anastasia Pavlyuchenkova on Friday in the third round of the clay-court Grand Slam.

The women’s side at Roland Garros is now without its top three seeds after Sabalenka lost 6-4, 2-6, 6-0.

Sabalenka had been the highest remaining seed after top-ranked Ash Barty retired from her second-round match injured on Thursday. Second-seeded Naomi Osaka withdrew after the first round, saying she is taking a break from competition for mental health reasons.

The fourth-seeded Sofia Kenin is now the highest-seeded player in the fray and faces Jessica Pegula on Saturday.

Pavlyuchenkova had lost to Sabalenka in straight sets in the Madrid semi-finals last month. This time, she made the most of her rival’s erratic display Sabalenka hit 39 unforced errors to reach the fourth round for the first time since she made it to the quarter-finals in Paris a decade ago.

“That was a while ago,” the 31st-seeded Pavlyuchenkova said. “I’m enjoying much more now every point [in] the tough matches than I used to before. I guess that also [is] the reason why I’m still here in the second week.”

Her next opponent will be Victoria Azarenka, who beat 23rd-seeded Madison Keys 6-2, 6-2 in 70 minutes. The two-time Grand Slam champion reached the fourth round for the first time since her semi-final run in 2013.

Serena Williams continued her quest for a record-equalling 24th Grand Slam title by reaching the second week for the first time since 2018, the veteran American as the highest-ranked player in her half of the draw.

She will next face Kazakh 21st seed Elena Rybakina, with a possible quarter-final against old rival Azarenka up for grabs.

The 39-year-old Serena, still one short of Margaret Court’s all-time record of most Grand Slam singles titles, thundered down five aces and struck 22 winners past Collins.

“Today it was very difficult, but I played well, stayed concentrated. I’m very happy,” said Serena, who fought back from 1-4 down in the second set.

Men’s second seed Daniil Medvedev was adopted as the new home favourite by the French crowd as he eased to a straight-sets win over the United States’ Reilly Opelka on Court Suzanne Lenglen.

The two-time Grand Slam runner-up, who speaks French and lived in France as a youngster, impressed in a 6-4, 6-2, 6-4 success.

Medvedev had lost all four of his previous French Open matches before this week, but received generous support from the fans, with no French players in the third round for the first time in the Open era.

He cruised to a 6-2, 7-5, 6-2 win over Laslo Djere on Friday, though, setting up a last-16 clash with former world number four Kei Nishikori.

Nishikori reached the fourth round when opponent Henri Laaksonen retired injured after dropping the first set.

The short outing would have been a relief for Japan’s Nishikori, who spent more than eight hours on court over the first two rounds.

Early in the afternoon, play was interrupted by rain on all courts besides the main stadium where the roof was closed. Federico Delbonis said the interruption helped him calm down after stress started to get hold of him toward the end of the second set of his match with Fabio Fognini.

Delbonis took a quick shower and eventually prevailed 6-4, 6-1, 6-3 to reach the fourth round at a Grand Slam for the first time.

Fognini required treatment from a trainer after bloodying his hand by punching his racket strings in frustration multiple times early in the second set.

Following a marathon five-set battle, Alejandro Davidovich Fokina upset 15th-seeded Casper Ruud 7-6 (3), 2-6, 7-6 (6), 0-6, 7-5 in 4 hours, 35 minutes. In the final game that lasted 16 minutes, Davidovich Fokina hit an effective underhand serve to save a break point. Ruud appeared surprised by the serve and had to scramble to get in position for a backhand return that he netted.