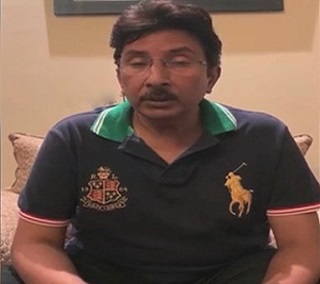 LAHORE: Former Pakistan captain Salim Malik on Sunday apologised to the nation over match-fixing after long 19 years and said he was ready to reveal all the secrets linked to match-fixing due to which he was banned for life.

“I am very sorry for what I had done 19 years ago. I am ready to extend unconditional cooperation to the International Cricket Council and the Pakistan Cricket Board in this regard,” he said here in a video message.

Right-handed Malik, 57, was found guilty of match-fixing and was banned for life after a judicial inquiry in 2000 in a scandal that rocked the cricket-mad nation.

Australian cricketers’ trio of Shane Warne, Mark Waugh and Tim May had accused him of offering them bribes to underperform during their tour of Pakistan in 1994-95.

Malik’s ban was lifted by a Pakistani court in 2008 but the decision was not endorsed by the Pakistan Cricket Board (PCB) or the International Cricket Council (ICC).

The former middle-order batsman, who played 103 Tests and 283 One-day Internationals in a career that stretched from 1982 to 1999, said he was also ready to cooperate with the anti-corruption unit of the ICC to provide them information in match-fixing scandal.

He said under the human rights laws, he also deserved that his case be considered on humanitarian grounds as he had suffered a lot due to the mistake he committed long ago and spent 19 years of life in wilderness being away from the game.

“I did not do anything other than playing cricket which I started at the age of eight. I have played this game throughout my life, this is my bread and butter. Therefore, I appeal that under the laws of human rights I like other players [found guilty of fixing] be treated,” he said.

Malik continued, “Whatever [relevant] laws of the ICC and PCB are there, I am ready to fully cooperate with them.”

Malik, a member of Pakistan’s 1992 World Cup-winning squad, applied for the job of national team’s batting coach in 2012 and was also in contention for the head coaching job at the National Cricket Academy in 2008 but was overlooked on both occasions as the ICC did not endorse lifting of his life ban by the court.

He said that other players guilty of match- or spot-fixing had been allowed to return to sport and in the given circumstances he also deserved a second chance to re-start his cricket career, now this time in the role of a coach.

“Mohammad Amir, Salman Butt, Mohammad Asif and Sharjeel Khan have been playing but I have been ignored and not considered to become a coach of players,” he said.

Salman, Asif and Amir were banned for five years in a spot-fixing case in 2010, while Sharjeel was handed a similar sentence in 2017.

Meanwhile, responding to Malik’s video statement, PCB legal adviser Tafazzul Rizvi said it was good to hear Malik offering his full and unconditional cooperation to them and the ICC.

“For any player desirous of wanting to make a comeback the only way is to fully cooperate with his board under the anti-corruption laws,” Tafazzul said. “First of all Salim Malik should respond to the questions we had asked him in April, 2011 regarding the meetings he held in London.”

Tafazzul further said the PCB had also sent Malik the transcripts of the meeting which were forward to them by the ICC Anti-Corruption Unit. “Malik should give explanation of these meetings and then we can take his case forward.”