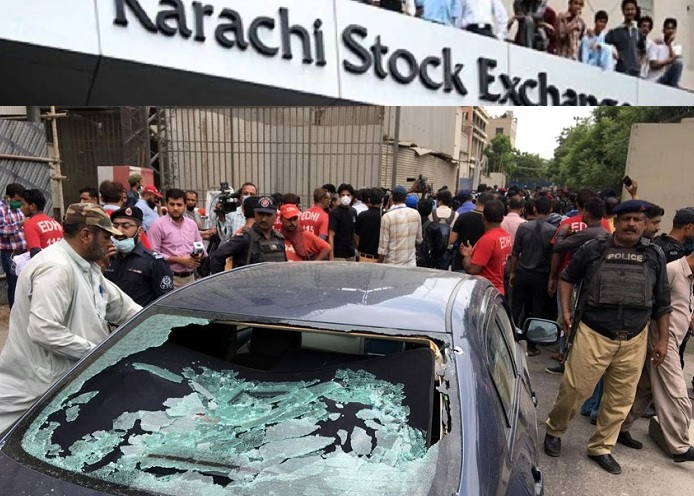 KARACHI: Security forces have foiled a terrorist attack on Pakistan Stock Exchange killing all the terrorists.

According to details, 4 terrorists tried to enter Pakistan Stock Exchange building this morning using latest weapons and hand grenades. However, timely action of the security forces thwarted the attempt.

Police and Rangers have cordoned off the area while the injured are being shifted to nearby hospitals.

In a statement, he said members of the law enforcement agencies courageously took on the terrorists and foiled their bid. He said the entire nation is proud of the valiant personnel of the security agencies.

The Prime Minister also sympathized with the family members of the martyred security personnel and prayed for the early recovery of the injured.

Sindh Chief Minister Murad Ali Shah has termed the terrorist attack on Pakistan Stock Exchange as an attack on national security and economy.

The Chief Minister has directed that a full detailed inquiry into the incident be conducted and an immediate report be submitted.