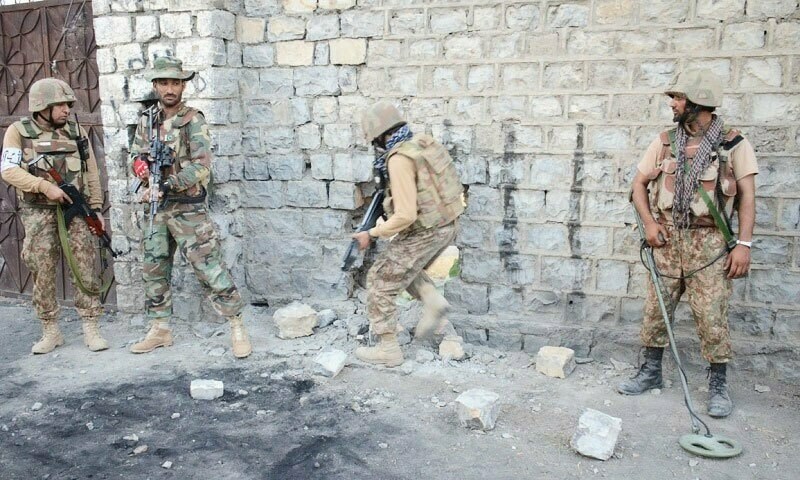 RAWALPINDI: Seven terrorists were killed in two separate Intelligence Based Operations (IBOs) in Bannu and North Waziristan on Sunday.

According to the Inter-Services Public Relations (ISPR), the security forces conducted Intelligence Based Operations in Jani Khel, Bannu District, and Hassan Khel, North Waziristan District (NWD), on a tip-off on the presence of terrorists.

During intense exchange of fire, seven terrorists were killed, including five in Jani Khel and two in NWD, stated the ISPR, adding weapons and ammunition were also recovered from the killed terrorists.

It further stated the killed outlaws remained actively involved in terrorist activities against the security forces. The local residents hailed the operations and expressed their full support to the security forces for eliminating the menace of terrorism.