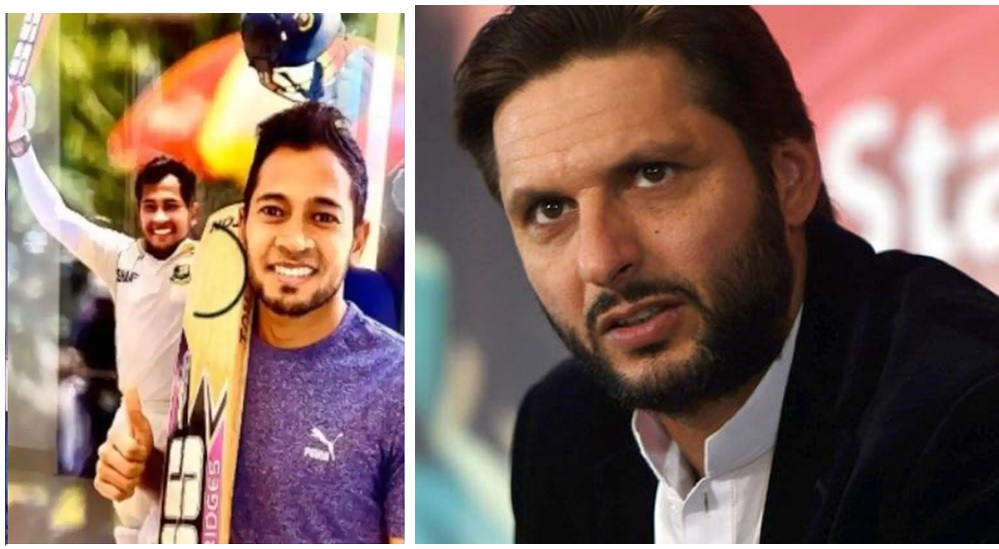 Shahid Afridi has also come forward to help the Corona victims in Bangladesh.  Mushfiqur Rahim will spend the proceeds from the auction on Corona affected people.

"This is a difficult time and we all need each other," Afridi told the Bangladeshi wicketkeeper.

Mushfiqur, who put up the bat for auction, scored a double century against Sri Lanka in the 2013 Test. Mushfiqur Rahim has thanked Shahid Afridi for his support.