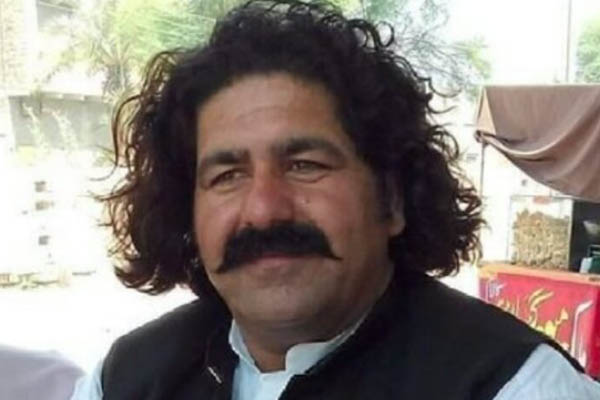 A two-judge bench headed by Justice Mohammad Iqbal Kalhoro allowed the post-arrest bail to the detained lawmaker against a solvent surety of Rs500,000.

In November, the Supreme Court had granted bail to the MNA in an identical case. However, he would not be released anytime soon since, according to his lawyer, he was facing two more similar cases, one registered in Karachi and the other in Bannu. The MNA is yet to get bail in those cases.

Salahuddin Gandapur, the counsel for the MNA, argued that his client was arrested in December 2020 on the charges of making incendiary speeches against state institutions at a public meeting in Karachi in 2018. He submitted that the apex court had granted him bail in a case registered at the Sohrab Goth police station but he was shown arrested in another identical FIR registered at the Shah Latif Town police station.

The counsel further argued that some co-accused in these cases were on bail while no action had been taken to arrest the absconding accused, including Mohsin Dawar and Manzoor Pashteen.

The bench in its order said that the case had been pending in court since May 2018, but not a single witness had been examined so far while the speeches were mostly made in Pashto and their transcript with verbatim translation had also not been procured by the prosecution.

It further noted that the police had not made any effort to arrest the absconding accused, adding that it was a case of further inquiry.

The order said that the applicant had been in jail for around one-and-a-half year without any progress in the trial and in such circumstances his further incarceration was not likely to add anything to the case of the prosecution as the co-accused persons were also not produced before the trial court.

“In consideration of all these facts and circumstances coupled with the order passed by Honourable Supreme Court in Cr. Petition No.83-K of 2021 granting bail to applicant against similar background, we allow this application and grant bail to the applicant against furnishing a solvent surety in the sum of Rs.500,000/- and PR bond in the same amount to the satisfaction of the trial court,” it concluded.

The Sindh High Court on Wednesday dismissed a petition seeking arrest of former prime minister Nawaz Sharif and others through Interpol.

The two-member bench comprising Chief Justice Ahmed Ali M. Shaikh and Justice Yousuf Ali Sayeed turned down the petition for not being maintainable.

Syed Mehmood Akhtar Naqvi, a regular litigant, petitioned the SHC by invoking its jurisdiction under Article 199 of the Constitution for the arrest of former premier, his sons Hassan Nawaz and Hussain Nawaz, and nephew Salman Shahbaz through the Interpol, so that they could be brought to Pakistan to serve out their sentences or answer charges in criminal cases pending against them.

The bench in its order said that when it confronted the petitioner with his locus standi, he asserted that the petition had been brought in the public interest.

It further stated that the petition did not articulate what fundamental right was sought to be enforced under Article 199(1)(c) of the Constitution of Pakistan and rather, the memo of petition manifested that under the garb of public interest the petition has been brought for publicity.