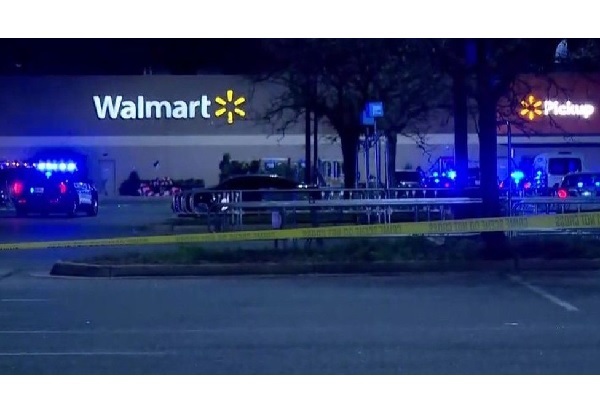 VIRGINIA: Several people were killed and others were injured in a shooting at a Walmart store in Chesapeake, Virginia, on Tuesday night, and the shooter is dead, Chesapeake police said.

The outburst of gun violence in the city of Chesapeake comes just before Americans celebrate the Thanksgiving holiday, and follows another mass shooting at an LGBTQ club in Colorado late on Saturday that left five people dead.

At 10:12pm, police responded to a report of a shooting inside a Walmart, public information officer Leo Kosinski said in a media briefing, adding that “less than 10” people were dead but declining to give the exact number.

It was not clear whether the shooter, who has not been identified, died of self-inflicted injuries. Kosinski said no shots were fired at police “to his knowledge”.

“Chesapeake police confirm an active shooter incident with fatalities at the Walmart on Sam’s Circle. The shooter is deceased,” the City of Chesapeake said.

Walmart said in a statement early on Wednesday that it was “shocked” at the incident at its Chesapeake store, and that it was working closely with law enforcement.

“We’re praying for those impacted, the community and our associates. We’re working closely with law enforcement, and we are focused on supporting our associates,” the company said on Twitter.

A spokesperson for Sentara Norfolk General Hospital, which has the area’ss top trauma centre, told local television station WAVY that five patients were being treated there.

The police department did not immediately respond to a Reuters request for comment.

Virginia state Senator Louise Lucas, who represents the region, said she was “absolutely heartbroken that America’s latest mass shooting took place in a Walmart in my district in Chesapeake, Virginia tonight”.

“I will not rest until we find the solutions to end this gun violence epidemic in our country that has taken so many lives,” she said on Twitter.

The shooting occurred at a major retailer less than 48 hours before Americans nationwide celebrate Thanksgiving.

“Tragically, our community is suffering from yet another incident of senseless gun violence just as families are gathering for Thanksgiving,” tweeted US congressman Bobby Scott of Virginia.