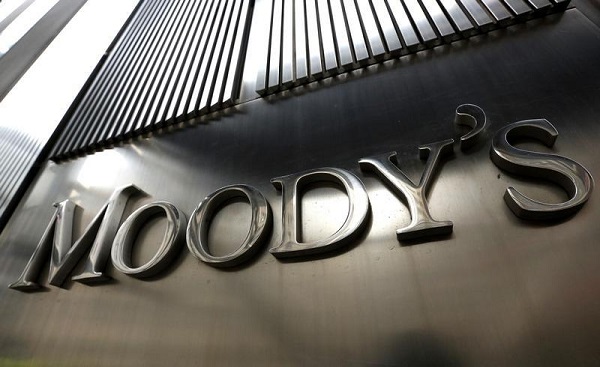 However, the New York-based credit rating agency forecast a stable outlook for Pakistani banks and estimated the country’s gross domestic product (GDP) growth rate to remain between three and four per cent.

Commenting on the ouster of former prime minister Imran Khan through a no-confidence vote and the subsequent confirmation of Shehbaz Sharif as the country’s new premier until August 2023, Moody’s said that “the political upheaval reflects the volatility that besets Pakistan’s political environment and raises significant uncertainty over policy continuity, at a time when Pakistan is encumbered with surging inflation, widening current account deficits and declining foreign-exchange reserves”.

It said it was unclear how the new government would approach the International Monetary Fund’s (IMF) programme during this interim period before the next election is called, prolonging the uncertainty around whether Pakistan would be able to secure financing from the IMF to bolster its foreign-exchange reserves, which have fallen to a level sufficient to cover only about two months of imports.

Meanwhile, it said the banks’ stable outlook was supported by an expanding economy and their sound finances and hence maintained a stable outlook for the banking sector (B3 stable).

Pakistani banks successfully navigated the pandemic, although nonperforming loans (NPLs) remained high but broadly stable at around 9pc of gross loans, it said.

Profitability will rise moderately, with returns on assets to remain around 1pc to 1.1pc, supported by new business generation and gradually recovering net interest margins. However, investment gains are likely to be lower.

Dividend payouts are expected to rise this year, but earnings should be sufficient to keep capital at current, rather modest, levels. Pakistani banks will remain deposit funded and liquid.

These are credit strengths, but their high exposure to Pakistan government securities means their credit profiles are anchored to the low-rated sovereign. Operating conditions will be supportive for banks, despite new pressures. The Russia-Ukraine military conflict will pressure Pakistan’s current account deficit via higher oil prices, while rising inflation will weaken private-sector spending. Sharp increases in interest rates will also weigh on private-sector investment.

The GDP growth forecast is based on expectations of reform agenda and the China-Pakistan Economic Corridor (CPEC) helps boost economic growth. Also, government support for specific sectors, such as a subsidy scheme for housing finance, and subsidised interest rates and partial credit guarantees for small businesses and agriculture, will also boost credit demand.

“Asset risk is mainly linked to banks’ high exposure to government securities. Pakistani banks’ exposure to government securities accounts for 45pc of their total assets and around seven times their equity, one of the highest levels among our rated banks globally. This exposure links their credit profiles to the sovereign’s. After a moderate rise in problem loans during the pandemic, we now expect these to stay around 9% of gross loans for the rated banks,” Moody’s said.

Loans to sugar, textiles and leather, and electronics sectors will be the most vulnerable. The phased introduction of the new IFRS-9 accounting standard containing stricter rules on loan-loss provisioning will likely increase provisioning needs.

Capital buffers will be stable but modest. According to data from the State Bank of Pakistan (SBP), the banking sector’s capital-to-assets ratio stood at 6.3pc as of December 2021. The sector’s reported Tier-1 capital stood at 13.5pc of risk-weighted assets. “Once we risk-weight government securities at 100pc in line with the government’s B3 credit rating, however, tangible common equity (TCE) to adjusted risk-weighted assets drops to a modest 7.4pc for the rated banks,” it said.

The introduction of a Treasury Single Account will lead to modest deposit outflows and Pakistan’s inclusion on the Financial Action Task Force’s (FATF) grey list of countries with deficient anti-money laundering regimes is being addressed with 26 out of the 27 actions required already completed.

The SBP has also introduced additional Shariah-compliant liquidity facilities for Islamic banks. Some pressure points remain but these will be manageable.