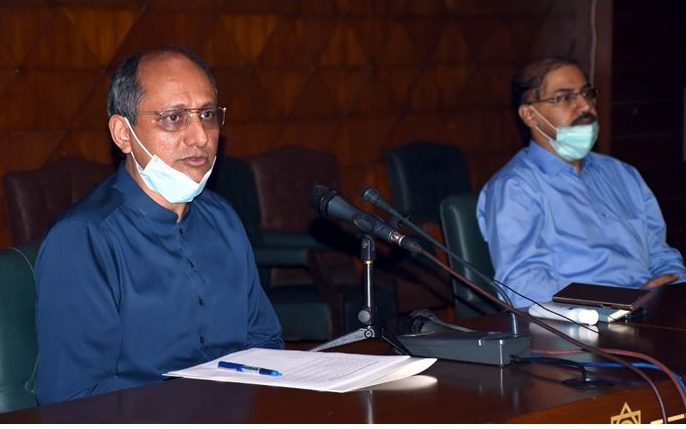 KARACHI: Sindh Education Minister Saeed Ghani has said that this year all students from class I to class XII will be promoted to the next classes without giving exams and those who fail will also be given passing marks.

According to details, while talking to media in Karachi, Sindh Education Minister Saeed Ghani said that  it was announced that  students of 1st to 8th class will be promoted. Now  the steering committee has made recommendations on 9th to 12th class examinations.

"According to the recommendations, as we have no record of ninth and eleventh graders, these children will be promoted to the next classes without any marks and when these children will sit for the tenth and twelfth examinations  and the marks obtained in it will be considered as ninth and eleventh marks while the children of class X and XII will be promoted to the next classes based on their results of ninth and eleventh and the marks obtained by them. I will add 3% extra numbers. Children who want to fail in any number of papers will be given passing marks.

He said that no special examination would be held this year and the children who wanted to improve their marks would also be promoted but if they wanted they would be given the opportunity next year. Saeed Ghani said that the same rules would apply to private students.