Sindh Minister for Education and Labour tested positive for coronavirus 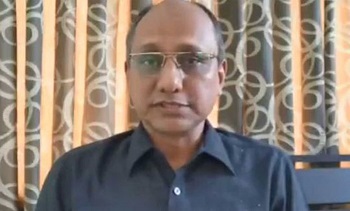 KARACHI: Sindh Minister for Education and Labour Saeed Ghani on Monday announced that he has been tested positive for the coronavirus.Ghani, in a video message on Twitter, shared that he had gotten his test done a day earlier which turned out to be positive. However, the minister clarified that he has not been feeling any of the symptoms associated with the virus and feels healthy. He added that he has isolated himself since testing positive. “If anyone feels the symptoms, then get their test done and go into isolation,” he advised the people who had met him during the recent days. The minister in the message also urged citizens to take the government’s decision regarding the lockdown seriously and follow it.

He urged everyone to stay home so the pandemic that has spread throughout the country can be stopped. Meanwhile, Sindh Chief Minister Murad Ali Shah and the provincial government’s spokesperson Murtaza Wahab tested negative for coronavirus on Monday. Murad Ali Shah and Murtaza Wahab took the test after Sindh Education Minister Saeed Ghani was diagnosed with the disease. A private TV channel reported that Information Minister Nasir Hussain Shah has also tested for the virus, result of which is still awaited.

President stresses not to neglect orphans, thalassemia-hit children in pandemic