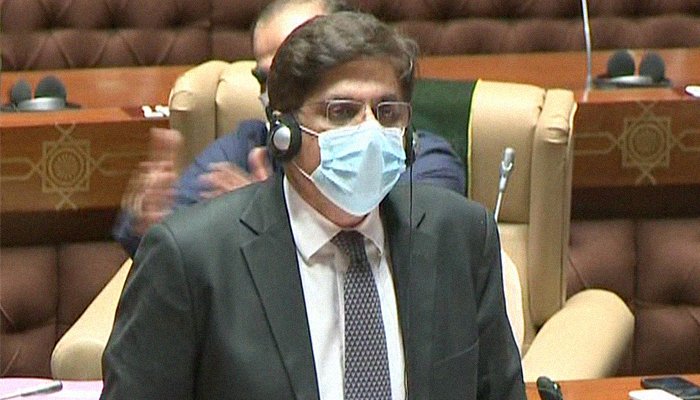 The Sindh Chief Minister said that it is a matter of pride for me that I am presenting the budget for the 8th time.

He said that the province was in dire straits due to corona and locust  and the budget was prepared keeping in view the plight of the people of Sindh.

At the beginning of his speech, Murad Ali Shah recalled the members who passed away in the financial year 2019-20 and said that we should also remember the people who died of corona virus on this occasion.

Murad Ali Shah said that the federal government should take the issue of Corona virus seriously. We have set aside funds in the budget for those on the front line against Corona. He said that special attention has been given to the economic situation and poor people in the budget.

He said that the total volume of revenue expenditure is Rs. 969 billion. It needs to be pointed out here that we have tried to fix the development and non-development expenditure keeping in view the situation of Corona virus.

Murad Ali Shah said that the budget of the health department has been divided into two parts, medical services and medical education.

Murad Ali Shah said that the budget estimate of the health department in the financial year 2019 was Rs. 120.48 billion which was increased to Rs. 139.17 billion in the next financial year 21-2020.

"Despite limited resources, we have allocated funds which is 25.2 per cent of the current revenue budget," he said.

Murad Ali Shah said that in the annual development budget, Rs. 21.10 billion has been allocated for 21397 ongoing and 11 new but unapproved schemes for education.