Sufficient stocks of all food items in the country: Khusro Bakhtiar 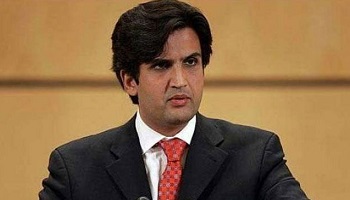 ISLAMABAD: The government on Monday estimated the cost of the rescue-cum-stimulus package being prepared for protecting various sectors of the economy from the adverse impact of the coronavirus outbreak at Rs1.16 trillion — almost 2.7 per cent of the country’s GDP (gross domestic product).

Also on Monday, Minister for National Food Security Khusro Bakhtiar said that there were sufficient stocks of all food items in the country.

The package expected to be announced on Tuesday by Prime Minister Imran Khan will cover a host of sectors, including exports, food security, safety nets, capital market, small and medium enterprises, medicine and related items, electricity, gas and petroleum products.

A senior government official, who is part of the consultative process, told Dawn that the relief package would include Rs200 billion each for exporters and daily wage workers, Rs100bn for SMEs, Rs280bn for farmers in the shape of wheat procurement, Rs50bn for utility stores, Rs120bn for vulnerable families, Rs50bn for medical staff and government workers, Rs50bn for prices of petroleum products, Rs30bn for the capital market, Rs13bn for the National Disaster Management Authority and Rs75bn for prices of food items.

He said the Federal Board Revenue had been directed to announce tax breaks on about 61 items relating to food and medical sectors.

A major relief has also been firmed up by the federal government in consultation with the State Bank of Pakistan to support export industries because they are losing export orders and the government has asked them to ensure that their employees remain unaffected.

Officials said the government had been blessed with a big saving in the shape of reduction in international oil prices and would pass a major portion of this saving to people through price cuts. However, the full impact of oil price savings would not be passed on to consumers due liquidity challenges and a part would be retained in the government kitty. Also, it is still unpredictable how soon the oil prices may go up again and hence the government is not finding it advisable to have big fluctuations.

Sources said that the relief on energy prices was still being worked out along with some other adjustments in the package in the light of latest directives of the prime minister who wanted to put in place all the supply chain mechanism and ensure its communication with the population before a formal announcement for a countrywide supply chain.

Besides various ministries, Adviser to the Prime Minister on Finance and Revenue Dr Abdul Hafeez Shaikh also had consultations with the provincial governments and the business community through video conferences. Sindh Governor Imran Ismail and advisers to the prime minister on commerce and austerity and institutional reforms and petroleum were also part of the consultations.

The businessmen, including representatives from the garments and textile sector, pharmaceutical industry, Pakistan Stock Exchange and tourism and hotel industry, gave proposals regarding the issues they had been facing. They said they should be enabled to look after their daily wagers over the next two-three months and be provided with assistance to carry on their business with improvement in their liquidity position.

Dr Shaikh said that “the government is faced with a challenging situation, and in this challenging situation, the prime objective of the government is to do three things. This included containing the spread of virus, provide healthcare facilities, essential food items at affordable rates and help maintain enough cash in hand to the common man and provide help and assistance to the business community to run their businesses during the times of the pandemic without a permanent setback to the economy”.

An official statement quoted Dr Shaikh as saying that based on proposals by various sectors, the government would “give a plan that is simple and implementable to meet desired objectives”. He asked the business community to have faith in the government to support them.

The secretary finance said the Securities and Exchange Commission of Pakistan had given proposal and mechanism to the Sindh home department to help in running business/trading at Karachi’s stock exchange. The food industry shall remain open and continue business as usual and wherever needed the federal government will have dialogue with the provincial government to facilitate the business community.

The PM’s adviser asked the business community to look after daily wagers and workers who are outside the registered regime as helping them is also “our social responsibility”.

Addressing a press conference, Khusro Bakhtiar said that there was no fear of any shortage of food items in the country and advised people to avoid panic buying which could result in supply disruptions.

He said that about 1.8 million tonnes of wheat stocks were available and the Sindhi government and Passco would be starting fresh procurement within this week. He said the public sector had been given a target of 8.2m tonnes procurement during the current season at a cost of Rs88bn against the last season’s procurement target of 4m tonnes.

The minister said there was also no problem with rice as Pakistan produced 7m tonnes and domestic consumption was no more than 3.5m tonnes. He said pulse channa stocks were enough for more than eight months, while stocks of other pulses were for more than two-and-a-half months of consumption. He said the prices of pulses were declining in the global markets and panic buying would mean the consumer paying higher price.