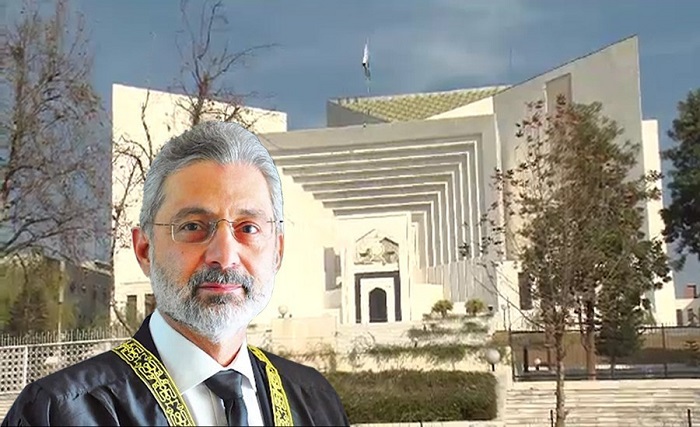 A 10-member full court, led by Justice Umar Ata Bandial, earlier, Friday reserved its judgment, which was pronounced in the afternoon.

Barrister Shahzad Akbar special assistant to PM,  has said that the government is satisfied with the decision of the Supreme Court in Justice Qazi Faez Isa case. He said that there were no winners or losers in this case and reiterated that independence of the judiciary is of prime importance.

Special Assistant for Accountability Barrister Shahzad Akbar, while holding a press conference, said that the government would like no further discussion on the decision of Justice Qazi Faiz Isa case. He said that whatever the detailed decision may say, it will act as a guide for us. He said that the government holds that the Supreme Judicial Council should be responsible for looking into matters pertaining to judges.

He emphasized that as lawyers, the respect and independence of the judiciary is of prime importance and said that separation between the judiciary, the legislature and the executive is essential for the supremacy of the Constitution.