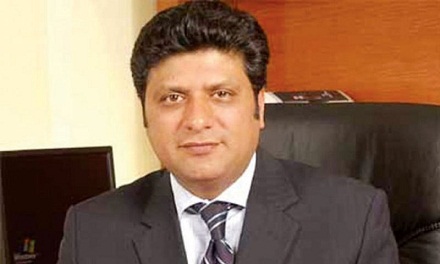 ISLAMABAD: The interior ministry on Monday formally notified the appointment of Tariq Malik as chairman of the National Database and Registration Authority (Nadra) again.

“In exercise of the powers conferred under section 3(3) of the National Database and Registration Authority (Nadra) Ordinance, 2000, the competent authority is pleased to appoint Muhammad Tariq Malik as chairman of Nadra for a term of three years in terms of section 3(5) of the Nadra Ordinance 2000. Terms and conditions of his appointment including emoluments will be determined separately,” read the notification.

In a related development, a spokesman for Nadra rejected rumours about a summary recommending 20,000 US dollars as salary for Mr Malik.

Mr Malik, currently serving as chief technical adviser of the United Nations Development Programme (UNDP), has been Nadra’s chief in the past as well. The UNDP had picked him from amongst 178 IT experts from around the globe.

Nadra had introduced Smart Card during his first term as chairman of the organisation.

Prior to joining the UNDP, Mr Malik held the position of a senior technical consultant at the World Bank. He was a member of the core team which helped initiate the worldwide ‘ID for Development’ Programme as well as authored the framework of international standards for digital identity.

Mr Malik is among the 10 core members of technical experts group of the World Bank supporting client countries with ID planning and implementation.

His name was included in the World’s 100 Most Influential People in ‘Digital Government’ by a European think tank known as Apolitical.

He was also named among Top 100 Digital Influencers in the ‘Digital Community’ by One World Identity (OWI), a New York-based independent identity research and strategy think tank focused on cyber security, digital commerce and risk management.

Before joining the World Bank, Mr Malik helped governments optimise use of Big Data and advanced data analytics from the platform of Teradata Inc. US.

As chairman of Nadra, Mr Malik confirmed that the opposition’s demand to verify that the 2013 elections were free and fair was possible through thumb impression verification using the biometric system. He was then sacked from his position by the then PML-N government, but was immediately restored by the Islamabad High Court. He then resigned afterwards, alleging extreme pressure from the government.

Result-based achievements earned him various national and international awards. The Pakistan government conferred the highest award in technology, the ‘Star of Excellence’ (Sitara-i-Imtiaz), on Mr Malik in 2013 for using technology to improve governance.

He won Teradata’s 2012 national ‘CIO of the Year’ award and was recognised at the 2009 ID World International Congress in Italy as the recipient of the ‘Outstanding Achievement Award’ for his work as an international biometrics leader. He holds master’s degrees in both International Management (Heidelberg, Germany) and Computer Science (QAU, Islamabad). His bachelor’s degree is in Mathematics and Statistics. He was trained at the JFK School of Government, Harvard University and Stanford University.