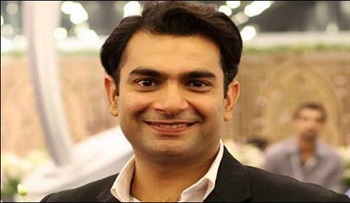 LONDON: In a session, titled ‘Zindagi Tamasha Hai, A Curtain Raiser, in ’ThinkFest at Alhamra Art Centre,  on an upcoming film by Sarmad Khoosat Films, the panelists, namely Sarmad Khoosat, the director of the film, Kanwal Khoost, the producer, Arif Hasan, the lead actor, and Nirmal Bano, the screenwriter, discussed their venture and threw light on its various aspects. The session was moderated by Pir Saad Ahsanuddin, the chief executive officer of Cinepax.

Sarmad said, Zindagi Tamasha revolved around the very theme of the growing intolerance in society, adding the film touched a sensitive issue.

Nirmal Bano, the screenwriter of the film, said the film was a comment on intolerance. “The film is not on some particular agenda. Whatever is happening around one in society has been depicted in it.”

The movie also touched the environment issues as well such as smog, she added. Kanwal Khoosat said her upcoming production was based on a unique idea and its natural texture came of very fabric the society knitted around us.

“The narrative of the film carried a great effectiveness. The film had not been made for commercial viability, even if a single person gets inspired by the message in the film it is enough,” she added.

Arif Hassan, the lead actor, said the movie turned out to be a life-changing experience for him. He shared with the audience the response the film had received at a film festival in Korea.

“The Korean women were in tears while watching the movie though they did not know the language were just reading the subtitles,” Mr Hasan said.

Afiya Shehrbano Zia, a feminist researcher with a PhD in Women and Gender Studies from the University of Toronto, spoke in a session titled, ‘Piety, Populism and Patriotism’. She looked at discrepancies found among piety, populism and patriotism from a feministic point of view.

Ms Afiya said in many cases piety was taken as the pursuit of self-excellence, in certain cases it discredited the liberal feminism. She quoted many examples of different celebrities in this regard such as Mehwish Hayat, Neelam Munir and Veena Malik, looking at piety and populism and drawing comparison between the two. She also discussed the patriarchal baseline and piety as a performative act in connection with populism and patriotism. She talked about secular feminism and economic empowerment of women.

In the session, 'Camel Merchant of Philadelphia, Stories from the Court of Maharaja Ranjit Singh', Sarbpreet Singh, the author of the book, threw light on different chapters of the book.

He discussed the Ranjit Singh era and characters from it too. While talking about the way Ranjit Singh became the king of Lahore, he discussed the role of Afghan warriors and the character of Ranjit and Sada Kaur and other notable. He also mentioned the notable voices from Punjab of those times and spoke on Bibi Moran.

Mr Sarbpreet also shared with the audience the role of the then governor of Lahore Zakriya Khan. The session was moderated by FS Aijazuddin.