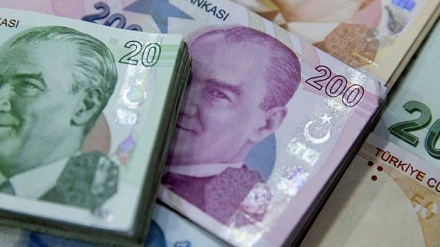 ANKARA: Anxious Turks struggled to keep up with a bewildering collapse in their currency and the main opposition party leader said the country was experiencing its darkest “catastrophe” as the lira slumped 15 per cent on Tuesday against the dollar.

Tuesday’s meltdown follows weeks of steep falls in the lira which have already driven up prices, leaving ordinary Turks reconsidering everything from their holiday plans to weekly grocery shopping.

“There has not been such a catastrophe in the history of the Republic,” said Kemal Kilicdaroglu, leader of the opposition Republican People’s Party, blaming the currency freefall on President Tayyip Erdogan who has led the country since 2003. “At this point, you are a fundamental national security problem for the Republic of Turkey,” Kilicdaroglu said. Erdogan has pressured the central bank to slash interest rates in a move he says will boost exports, investment and jobs, but which critics say will further fuel double-digit inflation and erode the lira, cutting deeply into Turks’ earnings.

Former prime minister Ahmet Davutoglu, a founding member of Erdogan’s ruling AK Party before breaking away to form his own party, described the president’s economic measures as “treason and not ignorance”.

Kilicdaroglu, Davutoglu and some other opposition leaders have announced emergency meetings to discuss the currency after Tuesday’s crash — the lira’s second biggest fall ever.

Shoppers at a central Ankara mall said they could not take their eyes off the lira rate, which plunged as far as 13.45 to the dollar on Tuesday. A year ago it was 8 to the dollar, last month it reached 9 and last week it hit 10.

“I’ve become unable to work without following the dollar,” said 28-year-old advertising agency worker Selin. “I don’t think there is a single day where I don’t have to watch my budget, and the calculation changes 100 times by the time I get next month’s salary. There is nothing left, including toilet paper, that I buy without thinking carefully.”