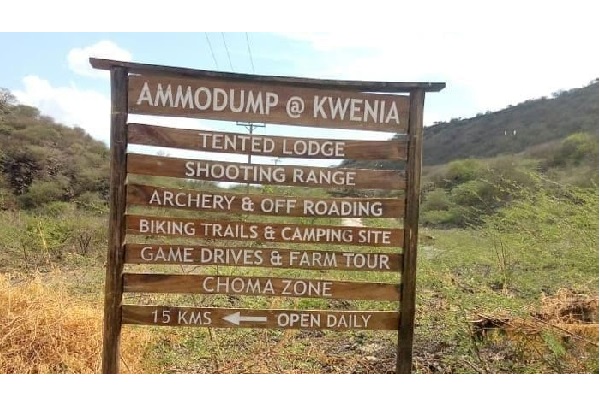 NAIROBI: The US administration has cancelled its $0.4 million training contract with the AmmoDump Kwenia Shooting Range in Magadi where noted journalist Arshad Sharif was killed, it has now emerged.

The US administration decided to cancel its training contract after Arshad Sharif’s killing brought spotlight to the site which is owned by Waqar Ahmad and his business partner Jamshaid Khan — both originally from Karachi. Waqar’s brother Khurram Ahmad was driving Arshad Sharif when he was killed.

Sources said that AmmoDump had signed this training contract with the United States Department of State for arranging anti-terrorism and anti-drugs training at the shooting site. The source said: “This contract was part of the US International Criminal Investigative Training Assistance Programme (ICITAP) and the US Department of State’s Bureau of International Narcotics and Law Enforcement Affairs (INL). These trainings are done to strengthen the professional capability of the local police and for countering international crime, illegal drugs, and instability.”

He added: “The AmmoDump Range had a stream of contracts in anti-terrorism training. American instructors were present at the site on the night Arshad Sharif stayed there and spent the following day on 23rd August till night.”

On its website, the US State Department confirms training the Kenya National Police through the ICITAP programme which work with foreign governments to develop professional and transparent law enforcement institutions that protect human rights, combat corruption, and reduce the threat of transnational crime and terrorism.

Last week, it was learned that around 10 American instructors and US national trainees were present at AmmoDump Shooting Range on the last night of Arshad Sharif’s life. They had dinner together and mingled with each other.

Arshad Sharif spent the last hours of his life at this site after arriving here on the night of 22nd October. This publication reported last week that several firms have pulled out of training contracts with the AmmoDump site. Immediately after the killing, the local police asked the site owners to halt all operations.

Waqar, Khurram and Jamshaid Khan started AmmoDump range around seven years ago. According to the site’s website, it provides recreational activities such as shooting practices, police and firearms training, military shooting training, bike and motor rides and weekend and weekdays camping. The site has no electricity and it uses its own generators for light.

Sources have said that the shooting site is mainly managed by Waqar Ahmad, his wife Morin (Maurine) and Jamshaid Khan.

AmmoDump highlights its status as a major recce site for security personnel looking to hone their shooting skills in warfare. It offers services to the governments, individuals and private security companies. “Pakistani investigators have asked in writing to the Kenyan authorities to provide “names and contact details of the instructors and trainers who were getting training at AmmoDump Training Camp at the time of the shooting”.

AmmoDump Limited’s website says it’s a Kenyan registered company whose parent company AmmoDump Securities Incorporated is registered in Ontario, Canada. Its website boasts: “We specialise in Defense and Security equipment. AmmoDump was formed in 2015 by a group of like minded individuals who sought to combine best-in-class brands, assets and people within the complex risk management industry.”