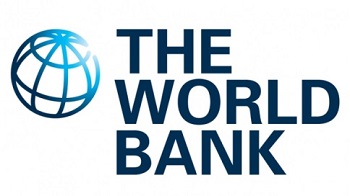 ISLAMABAD: The World Bank will assist Pakistan in developing a new model of non-formal education that it said would combine literacy, labour market skills and life skills development for uneducated and illiterate children, youth and young adults in selected districts of Punjab and Sindh, it’s learnt.

The government has been developing the new roadmap for the country’s education system under the new leadership since the summer of 2018. The education ministry at federal level and education departments at provincial levels have unanimously said that out-of-school children is one of the critical issues that needs to be addressed.

The proposed project will be built on the existing initiatives on out-of-school children, supported by development partners including Japan International Cooperation Agency (JICA), USAID, and Unicef, and it will be implemented in collaborative efforts with these agencies.

In Pakistan, primary schools accept new students at age five to seven years, and children at age eight and above typically find it difficult to enter formal primary schools.

To support those who miss the entry to primary schools, the ALP primary (ALP-P) has been developed including curricula, corresponding teaching and learning materials, and systems for training and assessment.

The project will conduct a rapid survey of out-of-school children and conduct enrollment and awareness campaigns in the villages.

The programme allows children to complete five years of the primary education with approximate 1,250 hours of learning, which usually take 24 to 36 months depending on the set up of Non-Formal Education (NFE) service delivery. Students will be able to sit in the class fifth School Leaving Examination upon the completion of the program and officially obtain a class fifth certificate.

The project is also aligned with the international agenda including the Susta­inable Development Goals (SDGs).

The government’s priority on addressing out-of-school children has been aligned with the SDG targets and is supported by the development partners.

The project will offer Accelerated Learning Programmes (ALPs) to out-of-school children at primary school age (age eight to 10 years) and secondary school age (age 10-16 years) through a non-formal education model with the aim to facilitate mainstreaming of those children to the formal school system.