We are on road to have comprehensive economic road map: Shaukat Tarin 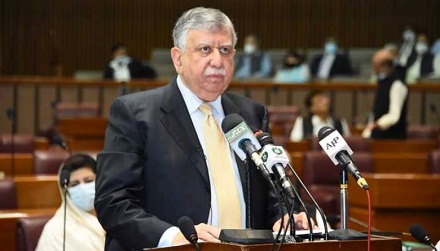 “We are on road to just have a comprehensive economic road map which we will follow and Prime Minister Imran Khan is also committed to fully implementing the road map,” Mr Tarin said in his virtual address as a chief guest on the launch of InfraZamin Ope­rationalisation.

He said the government had chalked out some short-, medium- and long-term economic plans that had never been done since the early 1970s and for this some 12 groups had already been formed.

He said due to the PM’s brave steps, the country’s economy started reviving and this year the GDP growth is expected to be around 4pc which was a very encouraging sign.

Commenting on the bleak situation of Pakistan’s economy at the time the PTI government took over, the finance minister said by the end of 2018 the country had some structural issues as the current account deficit had piled up to $20 billion, besides rapidly depleting the foreign exchange reserves, therefore in order to save the country from default, the government had to go back to the International Monetary Fund (IMF) for a new programme.

The IMF had, however, put tough conditions such as depreciation of the rupee, increase in power tariffs, etc, he said, adding the government had to implement those conditions which impacted exports and GDP growth.

The GDP growth that had gone up to over 5 per cent plunged to around 2pc and then after Covid-19, it even went to historical lows of minus 0.5pc, he said, adding that the prime minister then took bold steps to put the economy back on track. “The PM very smartly brought the country out of Covid crisis,” he remarked.