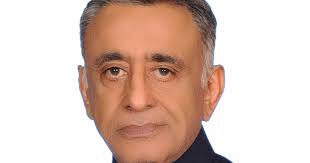 ISLAMABAD: A Pakistan People’s Party (PPP) legislator on the floor of the National Assembly on Saturday asked the government why it was going to name a road in Islamabad after what he termed Indian Research and Analysis Wing (RAW) ally Ahmed Shah Massoud when there was no road named after Pakistan’s ally Mullah Omar.

Member National Assembly Ghulam Ali Talpur said according to media reports a road in the federal capital was being named after Ahmed Shah Massoud.

“He was part of Afghan Mujahideen and was supported by Pakistan but later he turned against Pakistan and established links with India and RAW. He remained anti-Pakistan till his death. I want to ask the government why it is going to name a road after an anti-Pakistan person,” he said.

Mr Talpur said no road in the federal capital was named after Mullah Omar who remained Pakistan’s ally and was also head of the state.

Later, Interior Minister Sheikh Rashid Ahmed and others from the treasury bench spoke in the house but none of them replied to the questions asked by Mr Talpur.

The Ministry of Foreign Affairs had taken up the plan with the Ministry of Interior, which is the line ministry of the Capital Development Authority (CDA).

Ahmed Shah Massoud, who was assassinated two decades ago, resided in Pakistan during the Soviet war and his father is buried in Peshawar.

In February this year, Ahmed Wali Massoud, a brother of the late Afghan leader, had requested Prime Minister Imran Khan to name a street in Islamabad after Ahmed Shah Massoud. The prime minister had agreed to consider the request.