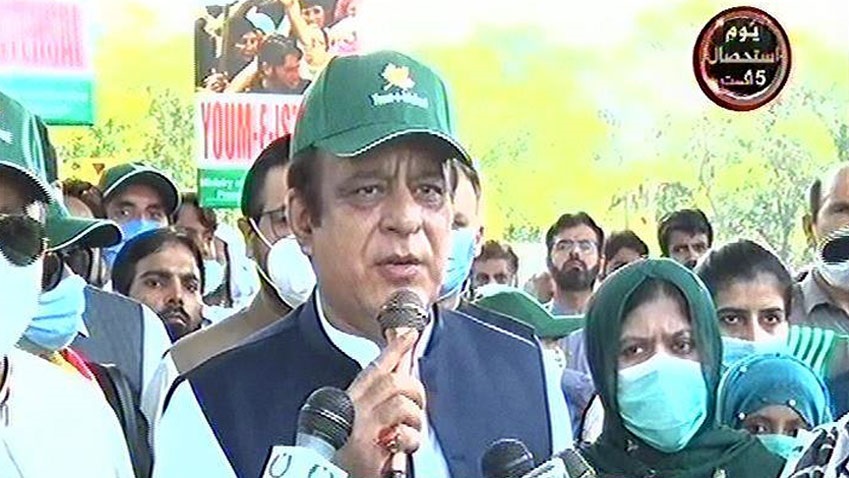 He was addressing a walk in connection with Youm-e-Istehsal in Islamabad on Wednesday.

He said that BJP led Modi Regime is involved in grave human rights violations and Kashmiris are facing double lockdown in the valley after Indian step of 5 August last year in revoking the special status of Indian Illegally Occupied Jammu and Kashmir.

He said Indian Occupation forces have detained the Kashmiri leadership and use pellet guns against innocent and unarmed Kashmiris.

He said that the double standards of the international community is unfortunate for Pakistan and Kashmiris and it would damage the regional peace.

Secretary Information and Broadcasting Akbar Hussain Durrani, speaking on the occasion, said the Kashmiris will succeed in attaining their just right to self-determination.

He said Pakistan fully supports the freedom struggle of the valiant Kashmiri people and will go to any extent for its realization.