WrestleMania 36 to be held in Performance Center 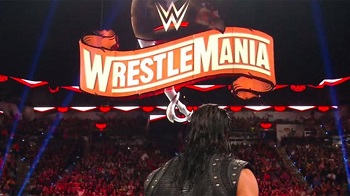 TAMPA BAY: WWE has moved WrestleMania 36 from Tampa Bay’s Raymond James Stadium to its Performance Center, where the pay-per-view will take place without a live crowd on April 5.

"All related events” in Tampa “will not take place," a WWE spokesperson said Monday in a statement to media persons.

“In coordination with local partners and government officials, WrestleMania and all related events in Tampa Bay will not take place,” said the statement.

Raymond James Stadium, where the NFL’s Tampa Bay Buccaneers play, seats 65,618. On April 5, it will seat zero. The WWE PC will only seat some commentators that evening.

"However, WrestleMania will still stream live on Sunday, April 5 at 7 p.m. ET on WWE Network and be available on pay-per-view. Only essential personnel will be on the closed set at WWE’s training facility in Orlando, Florida to produce WrestleMania.”