1,270 arrived from Iran without any sign of coronavirus: Health CEO 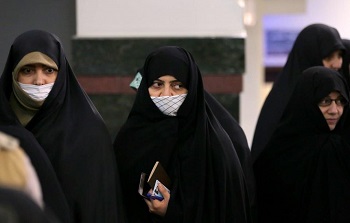 MULTAN: The screening process of all 1,270 coronavirus suspected pilgrims arrived from Iran was completed at the quarantine centre and no sign of coronavirus was detected in a single pilgrim, said Health CEO Dr Munawar Abbas.

Talking to newsmen here on Friday, he said that signs of cholera and cough had been found in an aged female pilgrim, but her body temperature was normal. She was shifted to Nishtar Hospital where pulmonologists would conduct her further tests, he added.

Earlier, the divisional and district administration officials, police and civil society members received more than 1,000 coronavirus suspects who had arrived from Iran via Taftan, Dera Ghazi Khan to Multan on Friday.

First, all the pilgrims were registered at 10 desks established before their arrival than they were allocated separate rooms. Deputy Commissioner Amir Khattak distributed breakfast among the pilgrims. Speaking on the occasion, Commissioner Shanul Haq said that the divisional administration was establishing shelter homes for daily wagers and labourers affected due to closure of business due to corona pandemic. All the offices in Multan, Vehari, Khanewal and Lodhran are instructed to set up information desks about shelter homes outside their respective offices. All the offices would provide hand sanitisers at the entrance of offices. The divisional administration has ensured screening of citizens at all bus stands, entrance and exit gates in the division. The divisional administration has launched a crackdown on black marketers of face mask and hand sanitisers, he said. Deputy Commissioner Amir Khattak met with corona suspects. He said that pilgrims from Azad Kashmir and Gilgit-Baltistan were also a part of 1,247 pilgrims arriving from Taftan. A large number of male, female students studying in Iran were also a part of corona suspects, he told.

All the pilgrims would be allowed to go home after fulfilling health requirements, he disclosed. Talking to officials, the pilgrims said they were happy to meet people in Multan because they were not afraid of them. They said they were feeling more secure after reaching the Multan quarantine centre. The pilgrims complained the arrangements were extremely inadequate at Taftan border. The government had launched an official web portal for updates on coronavirus and citizens were asked to visit: http://covid.gov.pk for up to date information.