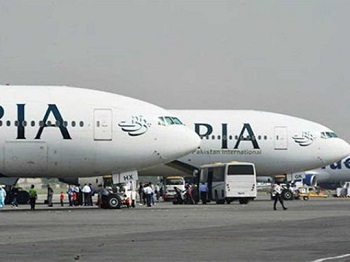 LAHORE: A total of 259 passengers have tested positive for coronavirus out of 3,554 Pakistanis who came back to Punjab by 22 special flights from various countries during the last two weeks.

The 767 passengers, who returned from the UAE, Qatar, New York and Colombo on April 28 and April 29, have been quarantined to complete their incubation period before undergoing the testing process.

Health authorities said the samples of these passengers would be taken after completion of incubation period.

Mayo Hospital Chief Executive Prof Dr Asad Aslam said the quarantine centre under his management had 105 passengers [tested positive for virus]. Talking to Dawn, he said, 35 out of these 105 people were brought to the centre about two weeks back and 70 a week ago.

According to official figures, a body was also brought from Dubai on April 28 but health authorities were reluctant to share details about the cause of the death.

Of the 767 passengers, 484 people who reached Lahore were quarantined in the city and 136 in Faisalabad.

Similarly, 141 Pakistanis who reached Multan were quarantined at various health facilities in the city.

The authorities feared that a special flight that brought 248 Pakistanis from New York might be a troubling factor because the US city was the worst hit by Covid-19.

Out of 223 passengers arrived in Multan from Saudi Arabia on April 18, 15 were declared positive while none of 176 Pakistanis brought from Oman on April 16 to Lahore showed any infection.

Similarly, 42 out of 250 (16.7pc) Pakistanis brought from Saudi Arabia on April 15 to Lahore tested positive for the virus.

Meanwhile, the slow pace of testing passengers coming from various countries through special flights is being witnessed in Multan.

So far, five fights landed at the Multan airport while passengers of four out of five flights have been quarantined as either their tests are yet to be conducted or the results are awaited.

A special flight landed at the Lahore airport from Dubai on April 25 with 215 Pakistanis. Their samples were sent to labs and the reports released recently showed 76 (35.3 per cent) of them tested positive for Covid-9. Another special flight brought 215 Pakistanis from the UAE a day earlier on April 24 in Multan. But the process of preparing the reports of their tests was slow as no result has so far been issued by Multan’s Nishtar Hospital.

Only two passengers tested positive for the virus from amongst 249 who were brought to Lahore from Qatar on April 25.

In Faisalabad, where 287 passengers were brought from the UAE on April 24 on two flights, 21 tested positive for the virus while reports of 119 others were awaited.

Similarly, six out of 113 passengers brought from Bahrain on April 24 to Faisalabad were confirmed as coronavirus-positive. On April 20, a special flight landed at the Multan airport with 208 Pakistanis and 33 of them tested positive for the virus.

Two other flights flew in 504 Pakistanis the same day in Lahore and of them 34 were the confirmed patients of Covid-19.